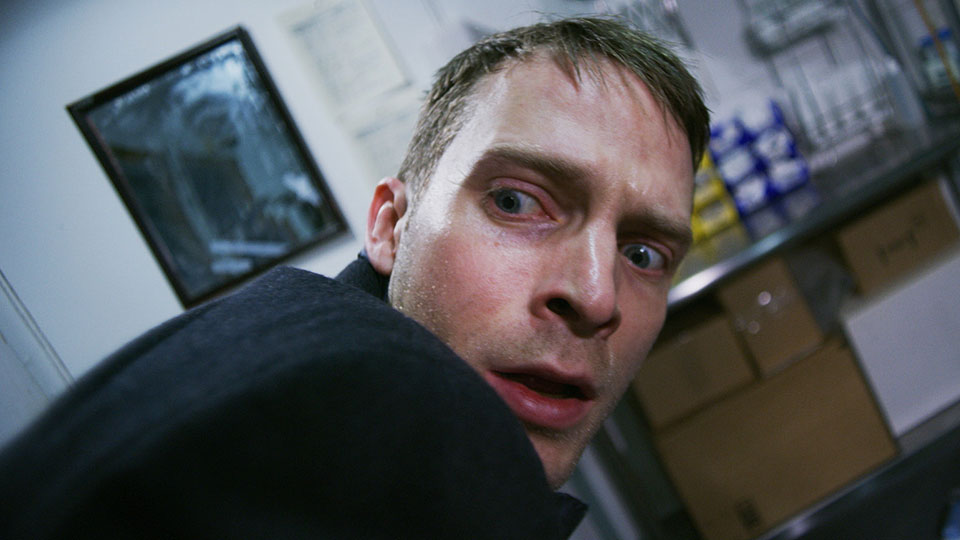 Field surgeon Henry (David Call) suffers from PTSD and he spends his days in his Brooklyn loft making a man out of body parts in a bid to impress his friend Polidori (Joshua Leonard), who is keen on making money from finding cures for battlefield disfigurement. When he manages to bring the man, whom he calls Adam (Alex Breaux), to life Henry attempts to teach him to live like a normal human. The problem is that Adam has flashbacks to things he doesn’t remember and as he starts to gain his independence, Henry struggles to control his creation.

Depraved is essentially an updated take on Mary Shelley’s iconic Frankenstein but with a modern twist and a few tweaks here and there. Anyone who knows the tale of Frankenstein will be able to guess how the film pans out but that doesn’t mean it’s not an enjoyable ride to get there. The opening sequence of the film throws you completely when it shows Alex (Owen Campbell) arguing with his girlfriend Lucy (Chloë Levine) about becoming parents after they’ve had sex. Leaving her apartment, he’s fatally stabbed on the street and when the action cuts to Henry’s loft, it’s made clear that Adam operates from Alex’s brain.

Once you get past that little shock, much of the next hour is taken up with Henry trying to teach Adam how to be a normal adult human. Henry underestimates the curiosity of his new creation, which is peaked when his ex-girlfriend Liz (Ana Kayne) unexpectedly stops by the loft and discovers Adam. Aware of what Henry and Polidori were up to, she takes it all in her stride but her kindness towards Adam gives the creature new feelings that he’s not sure how to act on.

Writer/director Larry Fessenden spends a lot of time developing the relationship between Henry and Adam, and that’s the most interesting part of the film. It’s very much a father-son relationship in many ways but Henry’s PTSD makes it difficult for him not to show his anger and frustration when Adam doesn’t do exactly what he expects. Henry’s pushiness unwittingly unleashes Adam’s independence, which kicks off a spiral of escalating situations leading to an inevitable violent climax.

Where I thought the film could have fleshed things out more is with Polidori. Joshua Leonard is a capable actor but the character never moves too far away from a cartoon villain. We don’t really get under the skin of the character and I felt like he was used more as a foil for narrative purposes rather than a fully-rounded character. Some time exploring the connecting the friends have would have been welcome.

David Call is very good as Henry though and he gives a suitably nuanced performance. His interactions and chemistry with Alex Breaux’s Adam are the strong and the most compelling part of the film. Many of the supporting characters are under-written so they don’t leave a huge impact but Ana Kayne does a decent enough job as Liz.

Depraved doesn’t offer anything particularly new on the Frankenstein story. The film ends where you think it will and it follows a path you’ll be able to easily guess as soon as it begins. I thought the film was perfectly enjoyable but I would have liked Fessenden to really bring his usual flair to his version of the classic story. Depraved is also a lot less gory than you might expect from the title.