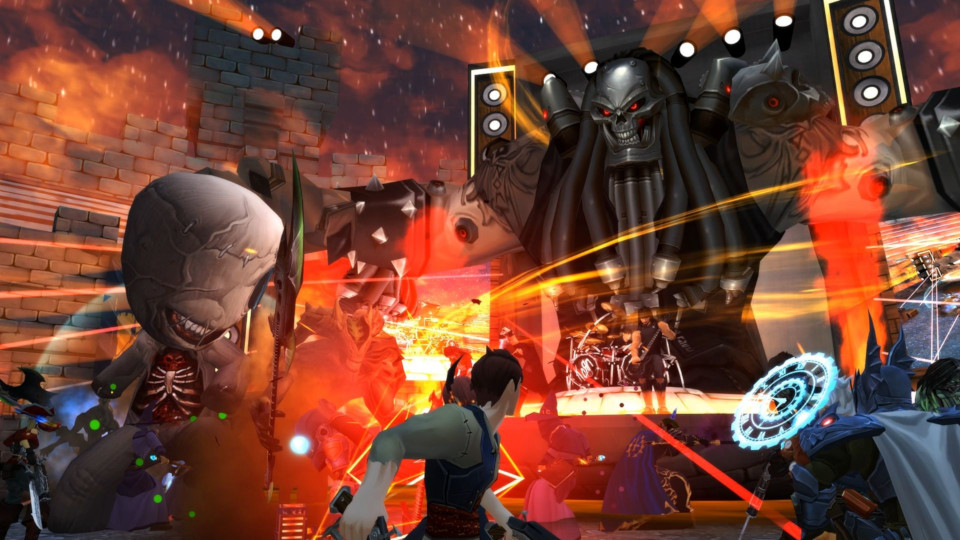 AdventureQuest 3D is a free-to-play, cross-platform MMORPG that is currently in early access on Steam. You can also play on Apple and Android devices. It’s a reimagining of the original 2D flash web browser game. Currently, the game has attracted over 350,000 registered players on the Steam version alone.

Korn, on the other hand, are a heavy metal band that formed in 1993 and have gone onto to sell over 40 million records worldwide plus they’ve picked up two Grammys along the way. Their music is aggressive in sound and the lyrical content can be very deep and moving. I’m 100% a fan.

I can only presume that the members of Korn are a fan of AdventureQuest 3D given that they have given permission to be recreated within the game for what is being described as an unforgettably brutal, monster-filled virtual-rock-concert.

The concert is taking the form of a monster-filled mosh pit and will take place across both the AdventureQuest 3D and AQWorlds. The event will be free for anyone who has access to the game.

“Get in the most brutal mosh pit ever… and make video game history! Korn is playing the grand opening of the Battle Concert Arena in the massively multiplayer games, AdventureQuest 3D & AQWorlds. The band will play on stage while you fight monsters, score loot, and hear a new song from Korn’s upcoming album…. THE NOTHING.”

If you’d like to learn more head over to the official web page.