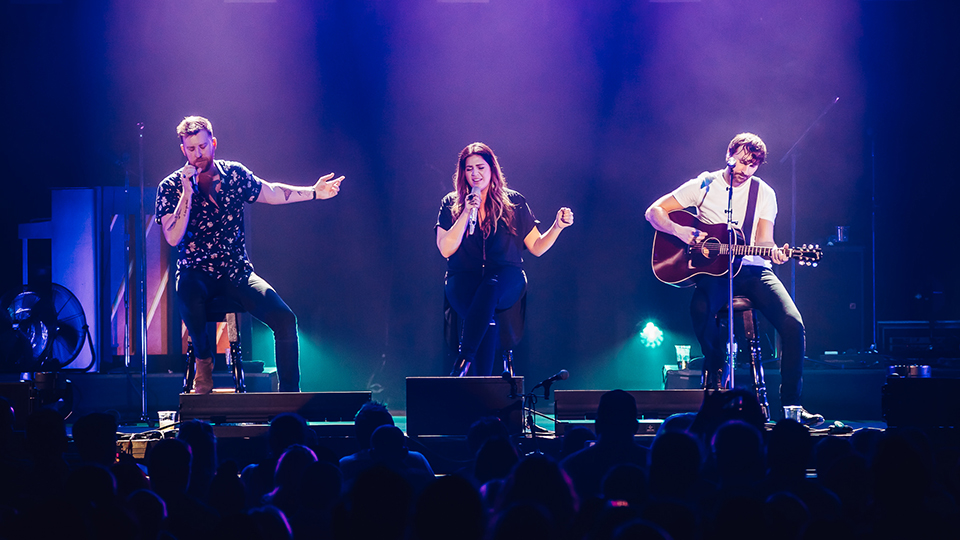 The track is the second to be lifted from the band’s upcoming album for Big Machine Records. It follows on from What If I Never Get Over You, which has already been streamed more than 45 million times.

Watch the live performance below:

Pictures was written by Dave Haywood, Charles Kelley, Hillary Scott, Sarah Buxton and Corey Crowder, and it confesses to less-than-picture-worthy memories while looking back on a relationship. The track is available to download and stream now.

“We live in a world right now, especially with social media, where everyone’s lives can look happy and pretty,” said Lady A’s Hillary Scott. “We wrote this song to reflect on the reality that things are more complex than that. As good as something might look in brief moments, there are so many layers to who people really are and what’s really going on. I love the juxtaposition of how this song’s lyrics dig in while feeling laid-back and groovy.”

Lady Antebellum will return to Las Vegas for their Our Kind of Vegas show at the Palms Casino Resort’s Pearl Concert Theater from 23rd August for the run’s final leg.

The band also recently celebrated the 10th anniversary of their breakthrough smash Need You Now.