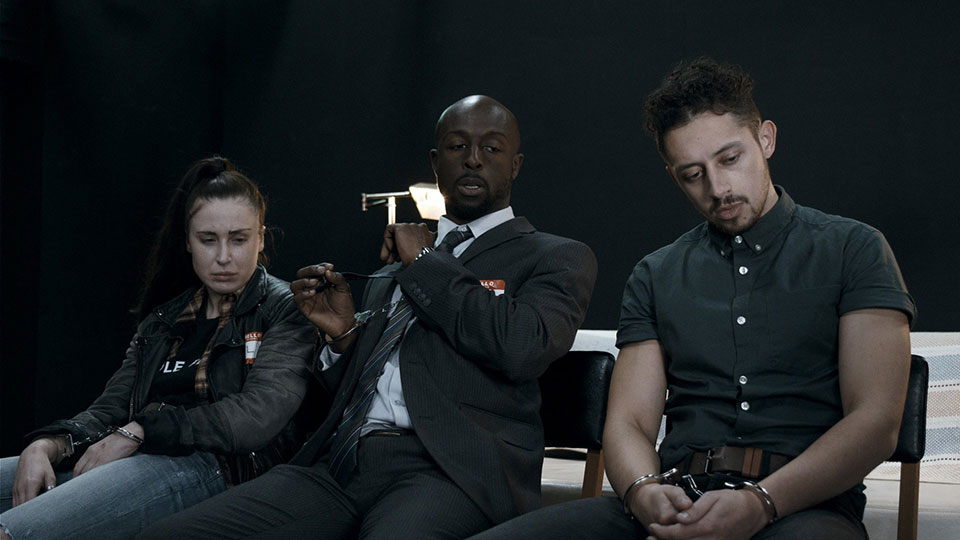 Criminal Audition will receive it’s World Premiere at Arrow Video FrightFest later this month and we’ve got a clip from the film to whet your appetite.

Following on from our interviews with co-writer and star Luke Kaile, and director and co-writer Samuel Gridley, we’re delighted to bring you an extended clip from the film featuring the three would-be criminals being tested during their audition.

Criminal Audition is about an ex-lawyer and his team who run an underworld service, providing fake criminals to take on other people’s crimes. But a new dangerous client turns their world upside down as they face lies, deceit, and murder over the course of one night.

The film is part of Arrow Video FrightFest’s First Blood strand. Criminal Audition began life as a one-act play in 2009 and was conceived by Kaile. He then brought Gridley on board to co-write the screenplay and direct the film.