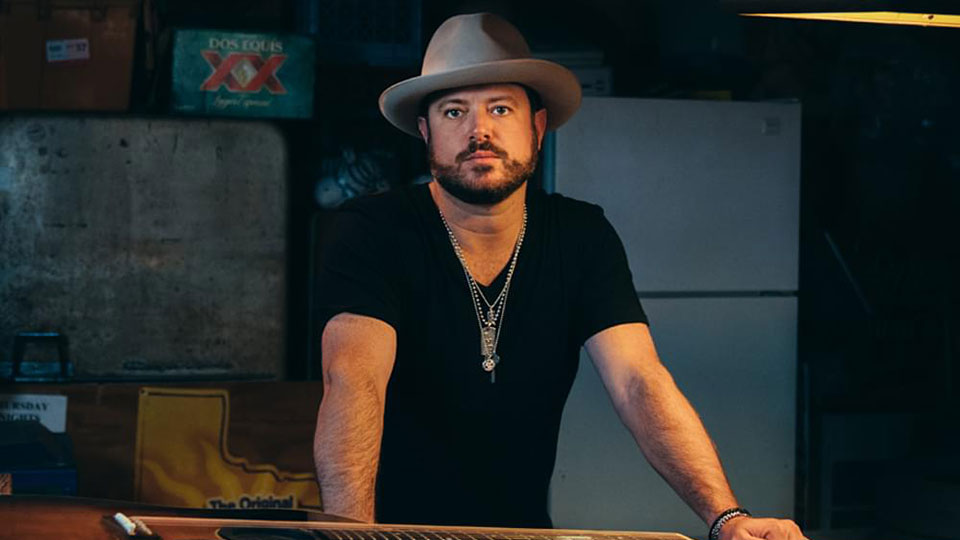 Texan singer-songwriter Wade Bowen released one of 2018’s best albums with the excellent Solid Ground, his 11th album. Shortly after the release, Bowen had to cancel three months of promotion after his vocal cord haemorrhaged and he needed to undergo surgery. Unsure if he would ever sing again, Bowen spent time on vocal rest and thankfully he made a full recovery. Earlier this year Bowen performed as part of AmericanaFest UK and now he’s back for a more extensive tour. Last night he played at the soon-to-close venue The Borderline in London’s Soho.

This tour is Bowen’s first real chance to promote Solid Ground, which he admits has suffered due to his medical issues. It’s a real shame as Solid Ground is a solid and impressively consistent set that deserves a lot more love than it’s had. For his set last night, which clocked in at almost 2 hours, Bowen sang selections from the record as well as favourites from across his career and it’s fair to say the audience was hungry for as much music as he wanted to play.

Opening the set with You Had Me At My Best, Bowen is a relaxed character on stage. Wearing his trademark hat, and sounding incredible (and effortless), Bowen was engaging from the start and the audience treated a Tuesday evening like it was a Saturday night. Acuna, from Solid Ground, was the first cut from Solid Ground over the course of the set and it’s one that received a very warm reception. So Long 6th Street was another early highlight with Bowen’s stirring lyrics and strong vocals stirring up plenty of emotion.

Elsewhere in the set Bowen covered Dwight Yoakam’s Guitars, Cadillacs, performed ‘Til It Does from his collaborative album with Randy Roger Hold My Beer, Vol 1, and wowed with the title track from his 2008 album If We Ever Make It Home. One of the standout moments of the night was an acoustic performance of the incredibly powerful 7:30 from Solid Ground, a song that deals with the moment you find out you’ve lost someone important in your life. It’s one of the strongest tracks on Solid Ground and it’s even more powerful live.

Before performing Day of the Dead Bowen explained how he’d recently discovered the song had been a hit with line dancers in France and some kind members of the audience did their best line dancing while he played it. Fell in Love on Whiskey was an upbeat moment that kept the dancing going and Saturday Night brought the weekend to the beginning of a rainy week.

After that track Bowen left the stage and the audience shouted and hollered for more songs. He and his band returned for a two-song encore that included the excellent Couldn’t Make You Love Me.

Honestly, Bowen could have gone on for hours longer and I’d have stood there watching him in awe. He’s an artist that deserves to be at the top of the industry. As a vocalist he’s versatile and engaging, as a songwriter he’s one of the finest storytellers in the Country genre. Not once over the near 2-hour set did Bowen let his energy lag and I already can’t wait for him to return to the UK for more dates in the future.