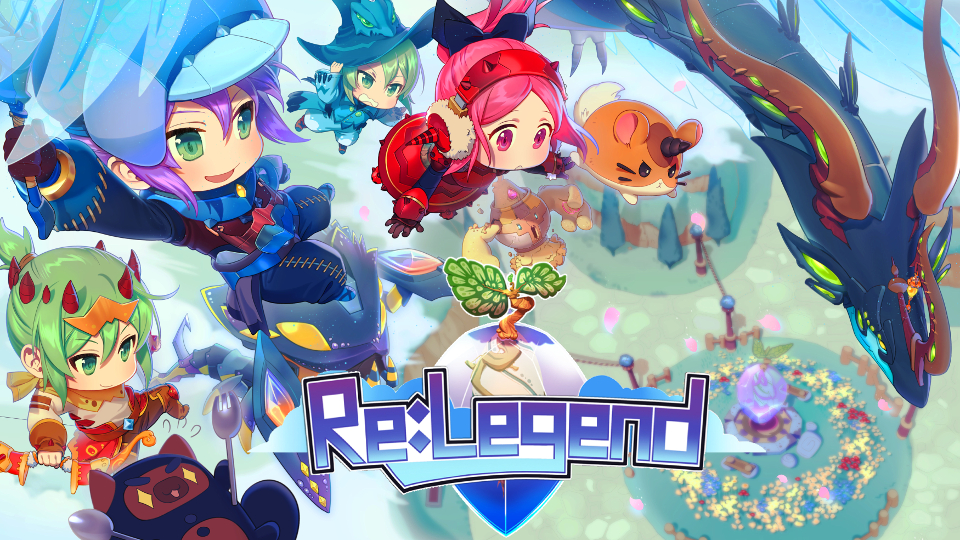 505 Games and Malaysia-based Magnus Games have announced that Re:Legend is coming to Steam Early Access on Friday 30th August, 2019. The game is a co-operative multiplayer JRPG adventure honored in 2017 with the Southeast Asia “Best Rising Star Award” and in 2018 with the “Best Game Design” award at the Level Up Game conference in Malaysia. Re:Legend was successfully backed on Kickstarter in less than 24-hours and became the most crowd-funded game in the history of Southeast Asia.

Re:Legend is a JRPG-simulator hybrid combining farming and life-simulation mechanics with monster-raising and multiplayer features. The game invites players to build and expand their village and includes activities such as farming, fishing and crafting. Several renowned composers are working on Re:Legend, including famed Video Game Orchestra founder and composer Shota Nakama (Final Fantasy XV).

Set in the world of Ethia, players awake as a legendary hero, washed ashore on Vokka Island with no memories. Players must revive their hero, and find ways to remember the forgotten past. By learning how to survive players will increase the chances of taming and raising the Magnus, magical creatures that populate this wondrous world. With a Magnus on his/her side, the adventurer will be able to venture across the land, facing threatening challenges, finding even more powerful Magnus and eventually regain lost memories.

Key features of Re:Legend include:

View some Re:Legend screenshots in our gallery:

The Steam Early Access program will allow players to access the game during its last phase of development, offering the player community an opportunity to help the development team define the final game content. The world of Ethia will expand during the Early Access program with additional biomes made available to players leading toward the official v1.0 game launch.

Re:Legend will be available on Steam for PC at the special price of £15.49 during Early Access. Check out the official Re:Legend website and Steam page for more information.