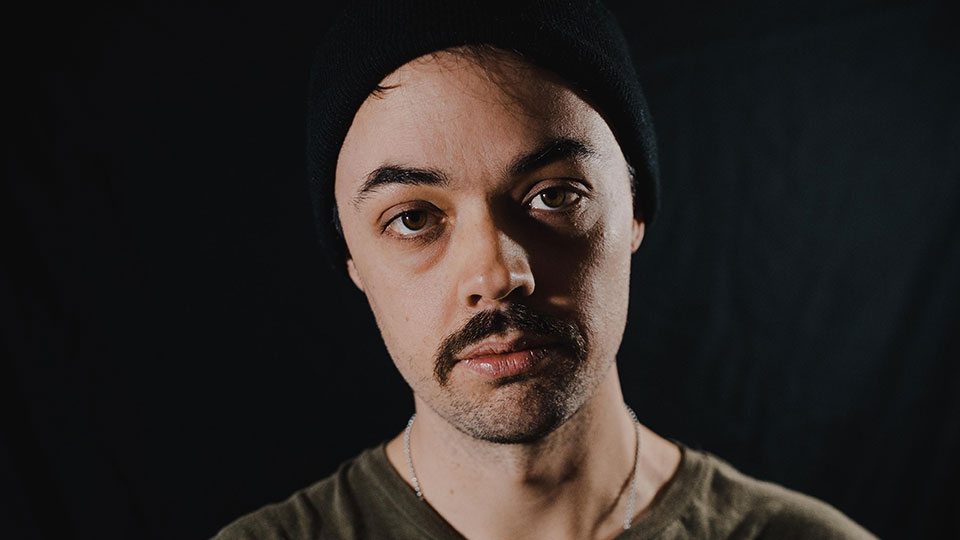 With a focus on three central characters, the film is a taut thriller that increases with intensity and fills the viewer with dread as events unfold. A showcase for its actors and also for Pennycoff’s talents as a film-maker, Sadistic Intentions is sure to leave an impression on festival goers.

I caught up with Eric to find out more about how the film came to be, to discuss the focus on building tension, and talk about the challenges of shooting in the picturesque and grand central location…

Hi Eric. How are you and where does this Q&A find you?

I’m alive! Living in Los Angeles and currently recovering from potential sun poisoning after standing in line for the new Jurassic World ride at Universal Studios this afternoon.

Your film Sadistic Intentions is having its UK premiere at Arrow Video FrightFest. What’s it all about?

Sadistic Intentions is about a frustrated metal musician and a lonely stoner who are invited to a secluded mansion by a mutual friend. Only that friend is nowhere to be found once they arrive, leading these two polar opposites to endure one another until their host makes his grand entrance. A relationship is formed, secrets are revealed and intentions are exposed; all while a thunderstorm draws near. It’s essentially a romantic comedy for serial killers.

What inspired the film and what did you draw on when you were writing it?

Stylistically speaking, sleazy thrillers from the 1990s were a major inspiration. Films like Cape Fear and Dead Calm were guiding points mainly in that they live and die on the acting. Sadistic Intentions is far smaller in scale yet similar in its approach to character. For Stu and Kevin, I drew upon my own experiences playing in metal bands. However for Chloe, I tapped into the ancient power of the woman in order to shake the most stubborn of men from their own fortified selves. The “opposites attract” vehicle was certainly a starting point but I’m never satisfied with cutting things so clear and simple.

A lot of the film rests on the shoulders of Jeremy Gardner and Taylor Zaudtke. How did they get involved with the project and what did you do as a director to help them build such a strong chemistry?

Taylor, Jeremy and Michael Patrick were all cast in another film of mine, which never happened. So I’m eternally thankful that those three stuck around while I worked to get this one off the ground. I’ve been obsessed with that trio for close to five years now. I wrote it with them in mind and what I thought they’d be good at as well as what I’d like to see them do. As a director, working with actors is all about trust. So even the time spent prepping a film that ultimately never happened contributed to our working relationship. As for Jeremy and Taylor’s chemistry, it’s entirely natural. Casting is everything.

One of the things I really appreciated about the film is that you focus on building up the tension and suspense rather than going for cheap shocks and scares. Why did you choose to do that?

For this film at least, it felt necessary to wallow in the dread of what’s to come or what’s just around the corner. A good amount of time is spent getting to know the characters before things go south yet I never wanted that anxious feeling to be absent. Whether your anxiety comes from the presence of a looming figure or the awkward romance between two characters is entirely up for grabs.

The house that’s the central setting for the film is incredible. How did you find it and what challenges were presented by shooting in it?

A woman who I used to shoot cooking videos for owns the house. It’s absolutely gorgeous and I’ve wanted to shoot a horror film there for years. The main challenge was that none of our crew had been in the space until the week we began shooting since we all lived in different states. I personally knew the house quite well but was always looking for new angles and perspectives. Our Director of Photography Malcolm Purnell helped tremendously in getting the most out of each room.

What would you say is the biggest lesson you learned while making this film?

I’m still learning lessons every day about the reality of making a feature film. But my biggest take away from production was really a reminder/emphasis on how much I love working with actors and crew. It’s a constant challenge but the reward is unlike anything else.

Sadistic Intentions has been on the festival circuit before Arrow Video FrightFest in other parts of the world. What’s the reaction been like?

I’ve been surprised quite honestly with how positive the reaction has been thus far. It’s an odd little film but I’m quite happy to hear that it’s working for fans of the genre. A large part of that seems to have to do with expectations surrounding a movie called Sadistic Intentions. It’s an abrasive title and I’m aware that people might avoid it for such. People also seem to really enjoy Taylor Zaudtke’s performance, which warms my heart to hear. She brings such a refreshing personality to the genre.

What’s the one horror film you wish you’d made and why?

That’s tough because then I wouldn’t love it as much. I’ll go with Texas Chainsaw Massacre 2 since I would have had the chance to work with Dennis Hopper and further discuss his methods for dual chainsaw wielding.

Why should people check out Sadistic Intentions at Arrow Video FrightFest?

You should see Sadistic Intentions at FrightFest because it’s a small but human story with massive consequences being projected onto an even larger screen. It’s got horror, romance, deception, grindcore, foggy landscapes, thunder, lightning, blood, chlorine, weed, European décor and features top-notch performances from three very special actors. It’s 82 minutes long and if the title bothers you then just remember: it’s all in the title. But it’s only a title.

Sadistic Intentions will have its UK Premiere at Arrow Video FrightFest 2019 on Friday 23rd August at 6.30pm in the Cineworld Leicester Square Discovery Screen. For more information and tickets please visit http://www.frightfest.co.uk. Watch the trailer for Sadistic Intentions below: