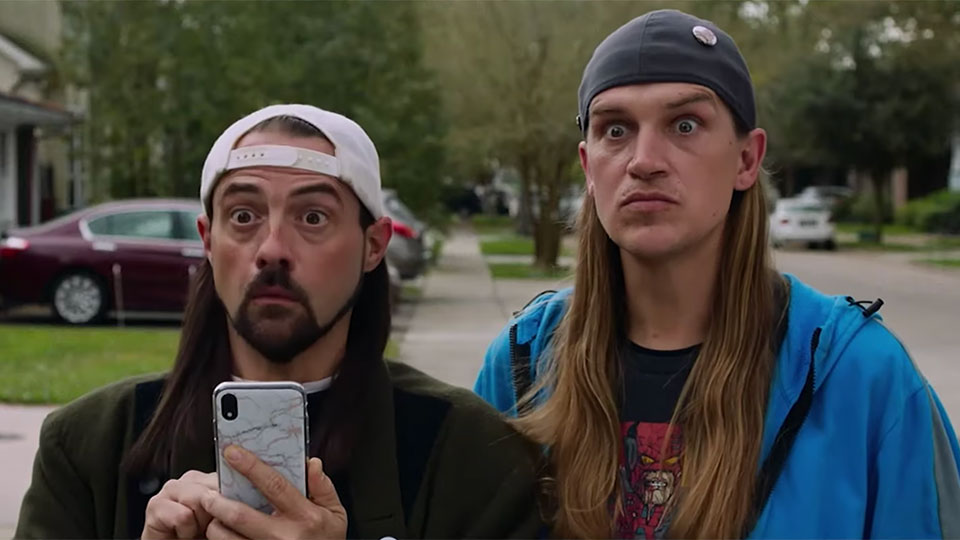 Played by Jason Mewes and Kevin Smith, the stoner favourites make their first film appearance since 2006’s Clerks II. Watch the trailer below:

Written and directed by Smith, Jay and Silent Bob Reboot’s plot summary is:

When Jay and Silent Bob discover that Hollywood is rebooting an old movie based on them, the clueless duo embark on another cross-country mission to stop it all over again!

A teaser poster for the film has also been released, which you can see below:

The release date for the film hasn’t been confirmed yet but as soon as we know when it is, we’ll let you know!

Advertisement. Scroll to continue reading.
In this article:Jay and Silent Bob Reboot