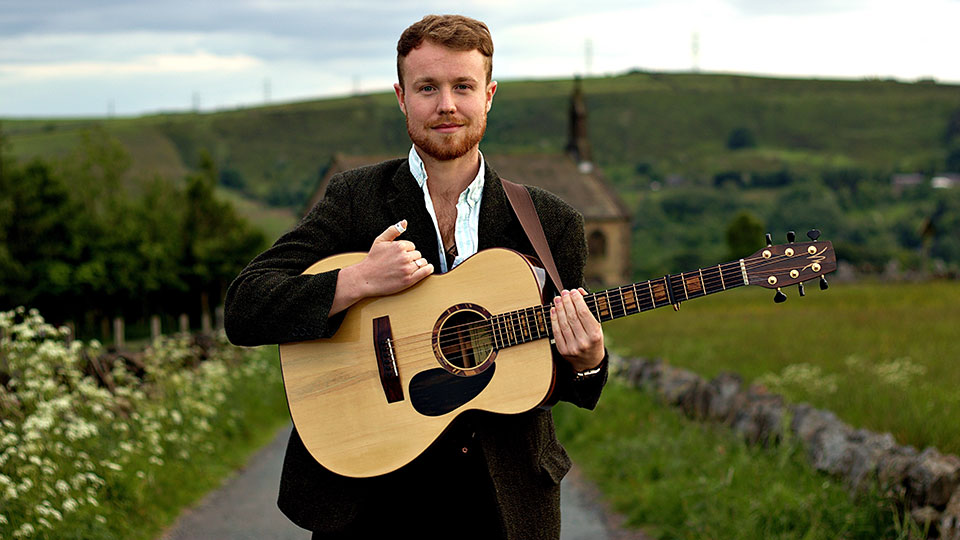 Produced by Joe Rusby, the album was recorded as live and it continues the stripped-back approach of Rutter’s debut solo album Hills. The first track released from the record is I Was Once a Young Ploughboy, which you can hear below:

All of the songs on the album are unearthed gems from the folk canon, almost all of them rare and many previously unrecorded. Rutter delivers each song in a fresh and current way and he contributes guitar, bouzouki, duet concertina and harmonium, as well as his vocals.

The album also features guest musicians Sam Sweeney on fiddle, Alice Robinson on Northumbrian pipes and Sam Fisher on flugelhorn. Over half of the songs have a connection to Yorkshire, where Rutter is from, with the title of the record coming from The Hills of Longdendale with words written by ‘The Moorland Poet’ Ammon Wrigley (1861-1946).

Rutter says “To me Ammon Wrigley is describing the rough and bleak parts of the moorland with this line, the scar and the shale that is always nevertheless gold to him. I love this line and realised that for me it’s also a great metaphor for traditional songs; rough, stark and honest things that contain such riches. I found then that I’d stumbled upon the perfect title for this album, or at least one that I really loved anyhow.”

The album can be pre-order now at www.jackruttermusic.com/shop.

You can see Jack Rutter on tour at the following dates:

Tickets are available now from www.jackruttermusic.com/gigs.

Advertisement. Scroll to continue reading.
In this article:Jack Rutter