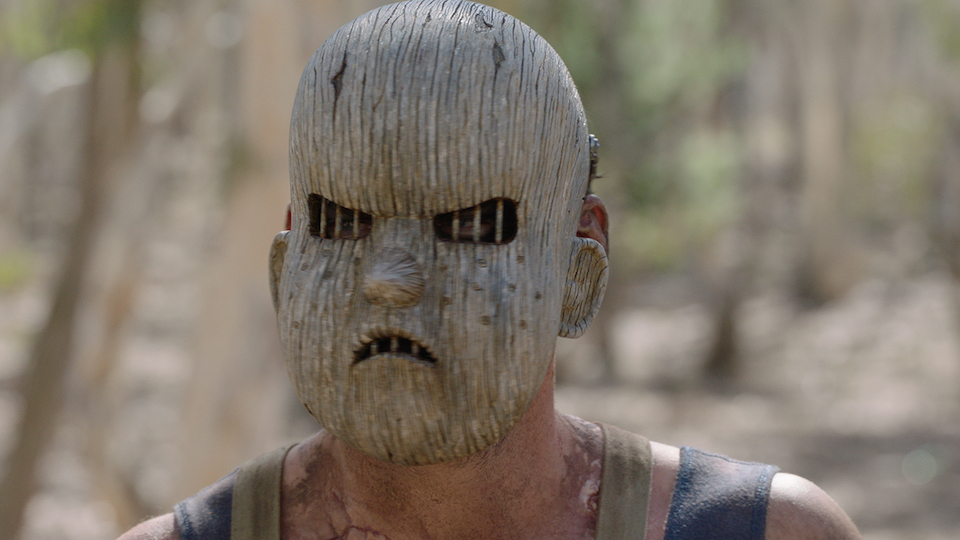 A quick tip for anyone planning to see The Furies – do so on an empty stomach. I went in to see Tony D’Aquino’s ultra-intense Aussie outback horror at a lunchtime press screening. I’d been in back to back screenings all morning so hadn’t had time to eat anything. As the lights went down for The Furies, I started eating my sandwiches. Big mistake. This is a seriously fucking gory film.

Drawing inspiration from the likes of Wolf Creek and The Texas Chainsaw Massacre, along with other more surprising titles such as The Cabin in the Woods and The Belko Experiment, The Furies begins with Kayla (Airlie Dodds), and her best friend Maddie (Ebony Vagulans) being abducted in the street. Maddie wakes up in a black box in the middle of the outback, with the word ‘Beauty’ written on the side.

As Kayla tries to make sense of what is happening, she can vaguely recall being in some sort of awful operating theatre before waking up in the woods. She finds some other girls in the same situation, and they come across another of the black boxes, only this one has ‘Beast’ written on the side. They are not alone in the woods. For every girl, there is an insane mask wearing man out to hunt them.

Writer-director Tony D’Aquino does not mess around with The Furies. He gets straight to the good stuff, puts his foot on the gas, and then never lets up. This is classic, relentless, grindhouse cinema. As the ‘Beasts’ – hulking maniacs wearing masks made of human skin and animal parts – start picking off the girls, be warned, the kills are sensationally violent. The Furies does not hold back. One kill in particular is perhaps the most gruesome death I have ever seen in a horror film.

Everything about this film is designed to disarm and disorient the viewer. From the breathless pace, the utterly remorseless brutality, the blasting score which will shake your insides, to the dizzying visual style. At a lean 82 minutes it doesn’t overstay its welcome either, which is a crucial element in a film this nasty.

Airlie Dodds is terrific as Kayla, the terrified girl who digs deep within herself to find the strength to fight back in this deadly game. There’s one moment of light relief in the film thanks to her, where she ferociously challenges one of the beasts, and she is too scary even for him.

Ultimately, The Furies is a very solid piece of horror filmmaking from D’Aquino. It’s not really bringing anything to the genre we haven’t seen before, however in terms of graphic violence, it’s certainly willing to go places other films might avoid. And if you’re willing to wade through the buckets of blood, intestines, and gouged out eyeballs, underneath it all you will find a righteously angry film about patriarchal society. Make no mistake, this is a furious film. I think it could be destined for cult status.