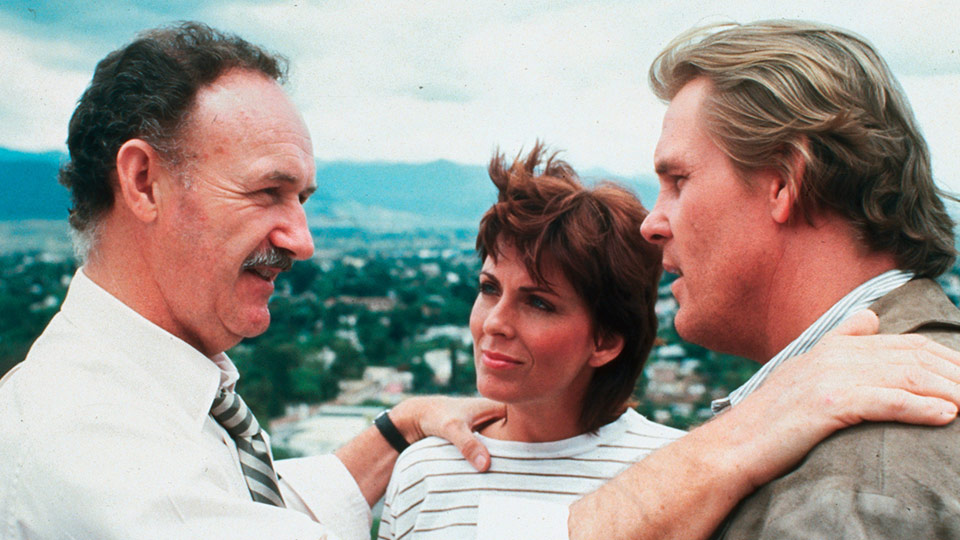 Eureka Entertainment to release Under Fire, the exhilarating Oscar-nominated political thriller starring Nick Nolte, Gene Hackman and Joanna Cassidy, presented for the first time ever on Blu-ray in the UK, as part of the Eureka Classics range from 17th June 2019. The first 2000 copies will feature a Limited Edition Collector’s booklet.

Nick Nolte, Gene Hackman and Joanna Cassidy play three journalists caught up in the 1979 Nicaraguan revolution in Under Fire.

Russel Price (Nolte) is a gutsy photo-journalist who gets caught between his love for reporter Claire Stryder (Cassidy) and his friendship with her husband, Alex Grazier (Hackman). Caught up in the war between the Nicaraguan government and the Sandinista rebels, Price loses sight of his objectivity and becomes deeply involved in the skirmish.

With cinematography by the great John Alcott (2001: A Space Odyssey, Barry Lyndon) and one of Jerry Goldsmith’s greatest scores (later sampled in Quentin Tarantino’s Django Unchained), Under Fire is director Roger Spottiswoode’s greatest filmmaking achievement, a complex political thriller with shades of Casablanca, and Eureka Classics is proud to present the film in its UK debut on Blu-ray.

Under Fire, an exhilarating Oscar-nominated political thriller, is out Monday 17th June 2019 on Blu-ray and can be purchased at https://amzn.to/2WxOwoz.

To celebrate the release of Under Fire, we’ve got 3 copies on Blu-ray to give away. Enter below…

In this article:Eureka Entertainment, Under Fire