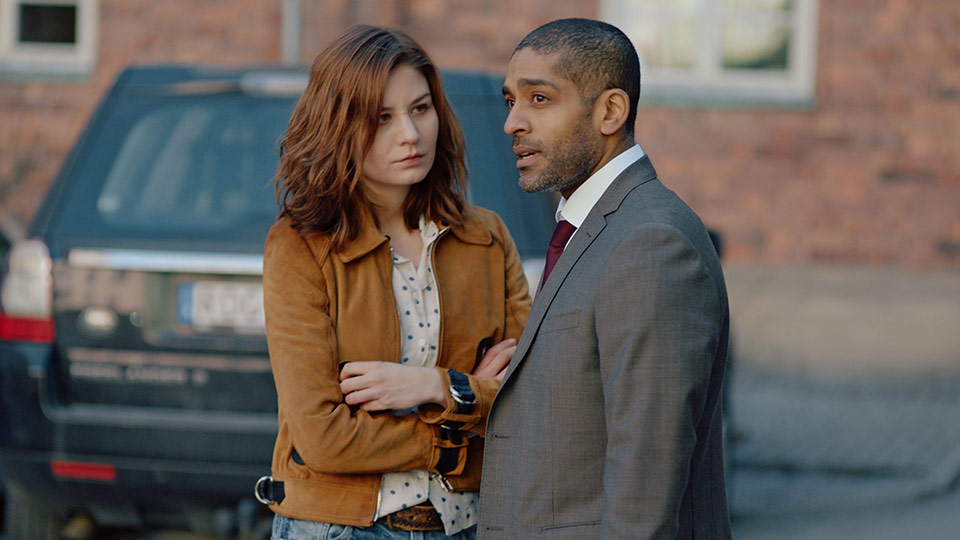 The series is from writer Hans Rosenfeld, the creative genius behind The Bridge, and it stars Alexander Karim, Malin Buska, Thomas Bo Larsen and Nicolaj Kopernikus. The Lawyer was created by Karin Gidfors and Charlotte Lesche.

Frank Nordling (Karim) is a young and exceptionally promising defense lawyer, but when he learns the truth behind his adoptive parents’ death, his whole world unravels.

As children, Frank and his sister Sara witnessed their parents die in a car bomb explosion. As adults, Sara, now a policewoman, is still obsessing over solving their parents’ murder while Frank is making every attempt to put the past behind him. When Sara finally forces him into her investigation, they are shocked to find out their parents were killed by one of the leaders in Copenhagen’s criminal underworld, Thomas Waldman.

To Frank’s horror, Waldman also happens to be one of the most prominent clients of his friend’s law firm. In order to avenge his parents’ death, Frank must infiltrate Waldman’s organisation to become his personal lawyer and trusted confidant. But is it worth the price when it hits too close to home?

The Lawyer was released in Sweden last year where it was nominated for both Best Television Drama and Best Actor for Alexander Karim (Frank Nordling) at the Kristallen awards. It is the most-watched series ever on Viaplay in Sweden and Denmark.

Walter Presents: The Lawyer will premiere on Channel 4 on 23rd June at 11pm. The full boxset will be available on Walter Presents via All 4 immediately after transmission of first episode.

Advertisement. Scroll to continue reading.
In this article:Channel 4, The Lawyer, Walter Presents