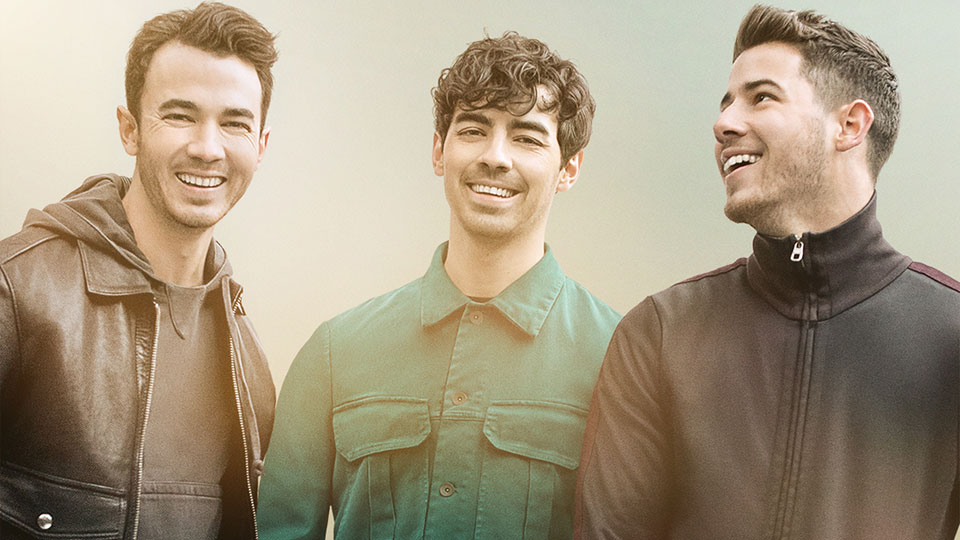 It’s not often you’re invited into the private conversations of your favourite band, watching them play a drinking game together as they ask each other the most personal and exposing questions about what happened within each of them that led them to suddenly break up a few years ago.

Laying themselves completely bare and discussing some of the most complex of family issues, Chasing Happiness is an invitation into the Jonas family, exploring not just the extraordinary career journey they took ten years ago, but following the impact it had on their family and individual lives. The documentary itself acts as a platform for all of their personal anxieties, resentments and questions to be dealt with- its authentic and honest and strikingly emotional.

Following Nick, Joe and Kevin from their childhood, through their punk rock days, Disney careers and eventual split into solo artists, nothing is left undiscussed. The Jonas Brothers truly is a family affair, but the price of fame on the family is starker and more intense than most would imagine, and is so brilliantly explored in Chasing Happiness.

The honesty with which the film shows how the band ripped their family away from the religious community they had built their entire lives around makes it incredibly emotional to watch. As the sons of a pastor, they discuss openly how their family almost reached a breaking point, finding themselves without a support system and even a home as they followed their dreams.

For Joe and Nick the last few years have been filled with chart topping hits for both of their solo projects, but we look at this through Kevin’s eyes. Whilst he had moved on, fallen in love and started a family he explains that watching his brothers carry on without him and even perform Jonas Brothers songs without inviting him was a dark time. As they drink together in Australia and talk about what he went through, it feels like this could be any three siblings sitting around a room and trying to figure out what broke them apart in their early twenties. It’s finding love that has all put them on the same page again, as Nick and Joe finally understand why Kevin’s priorities took him in a different direction.

Chasing Happiness provides such an honest and authentic exploration of family, love and life that it’s hard not to feel a connection to the band. It’s filmed beautifully and one of the best documentaries I’ve ever seen about living musicians, the perfect prelude to their new album, Happiness Begins which is out now.