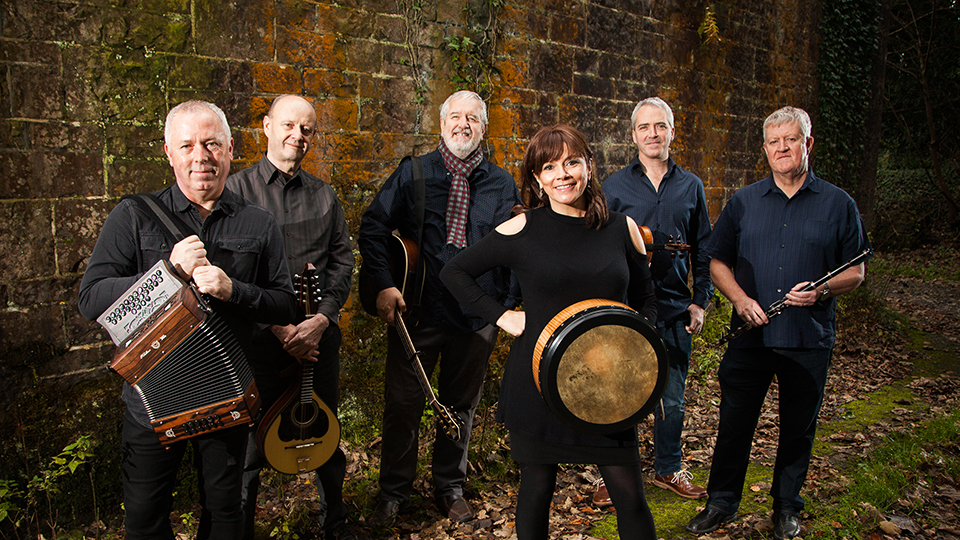 Traditional Irish music band Dervish have been making music together since 1989. As well as releasing a number of albums, the band represented Ireland in the Eurovision Song Contest in 2007 with the song They Can’t Stop the Spring. For their latest album, The Great Irish Songbook, the band has collaborated with a number of guest artists. For each track, they asked the guest artist to select a favourite from The Great Irish Songbook and there are two original compositions in the mix too.

The Great Irish Songbook feels like a natural step for Dervish and it’s definitely an interesting and varied album. The guests assembled here are impressive too with the likes of Andrea Corr, Vince Gill, Steve Earle and Imelda May getting involved. The album opens with The Rambling Irishman featuring Dervish vocalist Cathy Jordan taking lead. The sing-song track sets the agenda for what to expect from the rest of the record and it bridges nicely from the band’s previous work.

One of the first surprises is Molly Malone featuring Imelda May, who seems to be making a name for herself collaborating with other artists the past year or so. Her vocal here is more restrained than I’m used to hearing and she employs a lighter tone and impressive vibrato to create a beautiful resonance. It’s a really beautiful moment on the record. Another surprise comes on She Moved Through the Fair with Andrea Corr, who like May sounds very different to how we’re used to hearing her. Her voice is ethereal, adding a dream-like quality to the sparse instrumentation on the song.

Actor Brendan Gleeson lends his gruff tone to The Rocky Road to Dublin, which sounds to my ears like a brilliant drinking song, while popular folk artist Kate Rusby adds a sensitive vocal to the stunning Down By the Sally Gardens. One of the standout moments on the record comes on On Raglan Road featuring Country legend Vince Gill. He has a voice like no one else in music and his soulful take on the song brings something completely different to it.

Elsewhere on the record folk favourite Rhiannon Giddens adds gravitas, and goosebumps, to The May Morning Dew, Steve Earle encourages a sing-a-long on original track The Galway Shawl, and David Gray impresses with his husky tone on The West Coast of Clare.

The Great Irish Songbook won’t be for everyone but if you’re a fan of traditional Irish folk music, then it’ll be right up your street. These collaborations work really well and there’s a very interesting mix of music here. Dervish get their collaborators to showcase their talents in new and interesting ways, and I think some listeners will find this record pretty surprising. The band is bringing the album to the London Palladium on 19th September and it’s sure to be a very interesting show!

Advertisement. Scroll to continue reading.
In this article:Dervish