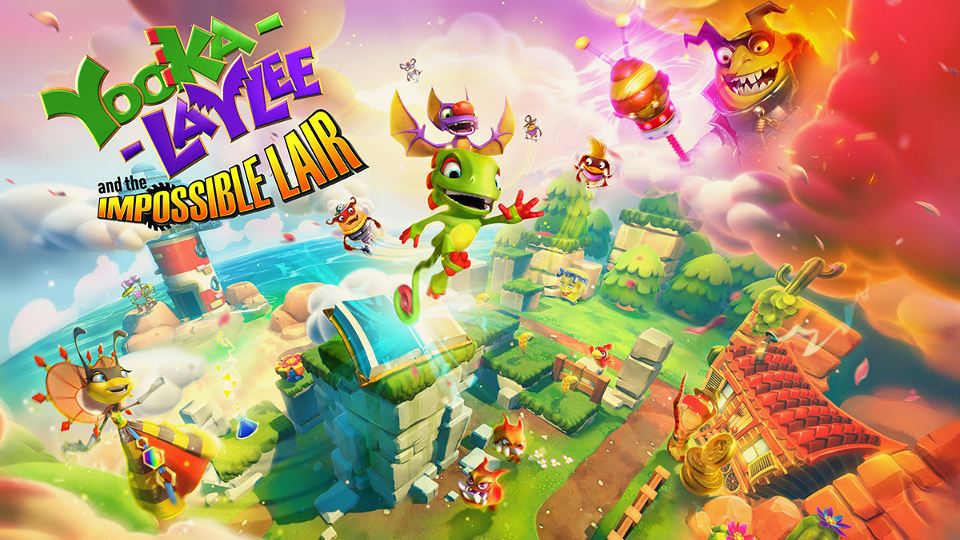 Team17 and Playtonic Games have revealed that their next game will be Yooka-Laylee and the Impossible Lair. The game will be available as a digital release on Nintendo Switch, Xbox One, PlayStation 4 and PC in 2019. A boxed console version will also be available.

Read our Yooka-Laylee review to see what we thought of the first game.

Watch the Yooka-Laylee and the Impossible Lair announcement trailer below:

Yooka-Laylee and the Impossible Lair is described as a platforming adventure hybrid. Yooka and Laylee must combine their abilities to take on a series of challenging and vibrant 2.5D levels and explore and solve puzzles in a beautiful 3D overworld. It’s on them to rescue Queen Phoebee’s Royal Beettalion Guard from each level, as they size up Capital B’s most dastardly challenge yet – the Impossible Lair.

We’re told to look out for more information during E3 week, so stay tuned to learn more about Yooka and Laylee’s new adventure.