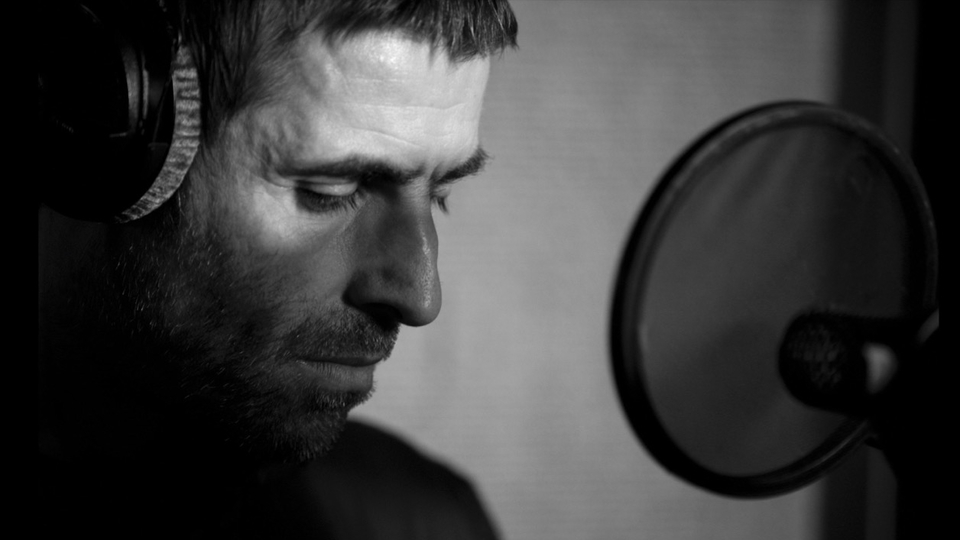 Liam Gallagher is heading to a cinema near you in ‘As It Was’ – a brand new music documentary.

The former Oasis front-man has launched a very successful solo career and now he’s the subject of a feature length documentary that is being released in cinemas, with a gala world premiere taking place tonight (6th June) at London’s Alexandra Palace Theatre.

The premiere will feature a live set from Liam and the whole event will be live-streamed via satellite to cinemas across the country.

You can get tickets now at www.liamgallagher.film

Liam: As It Was is co-directed by Charlie Lightening and Gavin Fitzgerald.

We caught up with Charlie to discuss how the project came about, his friendship with Liam, what he thinks of the Oasis years and whether they will ever get back together.

Altitude Film Distribution and Lorton Entertainment are releasing of Liam Gallagher: As It Was across UK and Irish cinemas from 7th June 2019.

Liam Gallagher: As It Was tells the honest and emotional story of how one of the most electrifying rock’n’roll front-men of all time went from the dizzying heights of his champagne supernova years in Oasis to living on the edge, ostracised and lost in the musical wilderness of booze, notoriety and bitter legal battles.

Starting again alone, stripped bare and with nowhere to hide, Liam risks everything to make the greatest comeback of all time.

Here’s what co-director Charlie Lightening had to say about the project and the time spent with Liam Gallagher on the road.

Well, it’s a funny one really because the film sort of spans 10 years, and that’s how long I’ve been following Liam. We didn’t set out to know that we were making a film, but it all started with me coming in to have a meeting as Oasis ended. Kasabian had supported them on their final tour, and I’d been working with Kasabian and there was a lot of crossover. After Oasis ended I got the call to come in and meet Liam and the lads from Beady Eye to do their music video. And I continued filming everything documentary-wise, as well as doing things for Pretty Green (record label), which was just starting out, including all their films and documentaries and stuff. So I started to develop a relationship with Liam, and that carried through to the end of Beady Eye and we hung out a lot during the four years ‘in the wilderness’ (of Liam not doing anything in the limelight). And then he was like ‘I’m going to make this record, do you want to come in and film me in the studio?’ And it went on from there. And then finally someone came onboard to finish it with me.

What was it like working with Gavin Fitzgerald, and can you talk a bit about how the collaboration process worked for you both as co-directors?

When you’ve been working on something for 10 years, I feel like I was so close to the project, and knowing Liam and everything… in the edit, it was just nice to have another set of eyes, and someone who wanted to look at the structure and what we were doing, but who wasn’t too close to it, and it took the pressure off me… do you know what I mean? Yeah, and that’s how it came about.

You’ve been doing documentaries for quite awhile now – does your approach differ depending on the subject matter or do you have a specific style of working that stays the same regardless of the talent?

A lot of what I do is the access you get to these people, they’ve got to let you in and want you to be there – and that’s what I’ve gone with, just getting on with people as well as capturing the story of whatever you’re shooting. I’ve always said that the skill is knowing when not to film, when to put the camera down and when to read a scenario to not be too intrusive. Just generally read people… and I think that was what made the Liam one so special – because it was such a long period of time it means that you can really develop. It’s just that thing of someone trusting you and being able to get some really good stuff.

What surprised you most about working with Liam? Was he as you expected?

When I first started working with him, I’d obviously met him quite a few times. But at the beginning it can be intimidating… because he’s ‘Liam Gallagher’, do you know what I mean? But getting to know him in the film, he’s not; he’s just a really nice guy. It’s all in the film; you see how he is and what he’s like. It was just nice to get to know him and see that side of him.

Liam: As It Was feels epic in every respect. What kind of pressure does that place on you when directing such a huge project with such a massive global reach?

Well you don’t really think about it that way, you think about the human story that you’re trying to tell, and what he’s been through. I just want to be honest. I think in regards to doing that then if you’re true to yourself and what you’re doing then the audience will like it.

Mat Whitecoss directed the brilliant Oasis documentary Supersonic, which painted a fantastic picture of Oasis up until Knebworth. As It Was tackles Liam going solo. Would you like to work on a documentary on the years between Be Here Now and Liam going solo, because I feel there’s so many more stories left to tell?

Well I’d love to do a film about them getting back together actually but before that could happen, they’d need to become friends again and that’s what so sad about it all. On a personal level, it would just be nice if they just got along. I’m sure from their mum’s side she’d love that, and then to be Oasis again would be unbelievable.

Do you think they’ll ever reform?

I don’t know, it’s not for me to say but I just hope that they just become mates again. It would be amazing if they did, but there’s a long, long road ahead before that can happen.

How had the music of Oasis affected your life prior to making the documentary?

I was around 17 when Oasis first broke in Manchester – I guess it defined a generation when you were a teenager when Definitely Maybe and especially when (What’s the Story) Morning Glory came out. Those summers, and the earlier Oasis releases had such an effect on you. Seeing these lads smash it was just amazing.

Were there any revelations throughout the course of making ‘As It Was’ that you found particularly revelatory or memorable?

It was more just being able to be so up-close. If you look at the other Oasis documentary… ‘Lord, Don’t Slow Me Down’ – it’s brilliant, but you don’t really get to see what Liam’s like. So just getting up close – like the bit at the Golden Gate Bridge in ‘As It Was’. That was really special – you’re having a laugh but it’s moments that you’ll remember forever. Being able to film in the house that they grew up in – that was amazing.

What’s your personal favourite Liam track on his album?

Bold…, yeah, I think Bold. I think Liam is a really good writer and he wrote a lot of what’s on ‘As It Was’ himself and not with his songwriters – they are my favourites off the album. He texted me and sent me a demo for ‘For What It’s Worth’ and I remember getting it on my phone and going into the next room to listen to it and ‘Whoa, the albums going to be brilliant’.

How did you decide on the visual style of ‘As It Was’?

A lot of it is just the way I shoot… so cinematic. I wanted a very cinematic feel. But then with the edit team and all the different people who work on a film as big as this was, there are a lot of people who have an input. It’s done collaboratively and you try things… some things work. But the biggest thing was the cinematic look and feel.

Why do you think Oasis are still such an important band, not only in terms of British music but as a cultural icon of rock and roll?

I mean their music is just brilliant isn’t it – they’ve stood the test of time and musically that has to be what stands the test of time. The attitude, the swagger and the way that they did it also adds to it. They were just cool!

How has the industry changed since you began, and do you think it’s easier to start out today?

I think musically and as a filmmaker in some ways it’s harder and some ways easier. With technology now, you can actually make and create a lot more easily than we could 20 years ago. With photography and filmmaking for example, you have Instagram with an immediate audience to show off what you can do. I don’t know how easy that is to then get opportunities and make that work going forward though.

I guess it’s like Oasis – if something’s good enough it finds its way through. It’s like ‘As It Was’ – no one really expected his comeback to be this big, and it’s the fact that he wrote a great record – that was the building block to get to the next thing, and then the next thing. It all comes with hard work – you can’t expect it to come overnight, you have to put the hours in. Like with my career, sometimes you don’t realise that stuff that you’re doing will help you down the line. You’ve got to have that work ethic.

What’s next for you? Can you tell us about your upcoming projects?

There are things with Jamiroquai, Kasabian and Paul McCartney that I’ve done during the time I’ve been doing this, and it would be great to do something with one of them. There’s definitely a film to be made about Jamiroquai, do you know what I mean? And I think Jay Kay is a really interesting person to make a film about. Who knows! I’m still on tour with McCartney so that keeps me busy but I’m certainly looking to finish another big project.

Finally, what’s the one thing you’ve taken away from this experience that means the most to you?

I think it’s that you’ve just got to keep plugging away and keep working hard to make things happen.

Liam: As It Was premieres tonight and is released in cinemas nationwide on 7th June 2019.