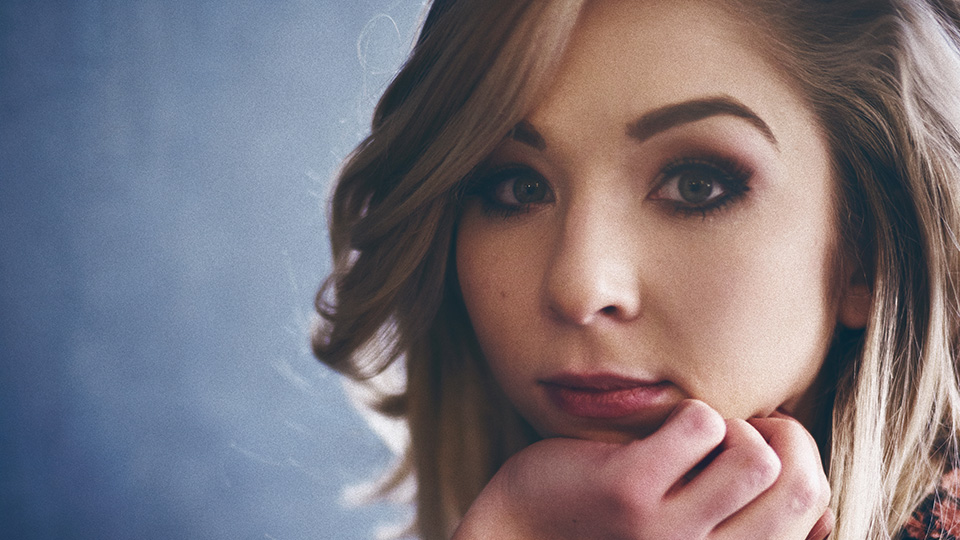 Essex’s Lisa Wright has rapidly established herself as one of the leading UK country acts, winning over audiences and critics alike. So far the singer-songwriter has  released three EPs – most recently 2018’s Mind Of Mine – toured with artists including Cam and Eric Paslay, and played at Black Deer and C2C: Country to Country. Last night she performed at Hoxton Bar & Kitchen, opening for Jillian Jacqueline ahead of the latter’s first London headline show.

Wright kicked off her acoustic solo set set with Tennessee, the opening track from her latest EP Mind Of Mine. Written with fellow UK country star Katy Rae, it’s a bittersweet tale of how living the Nashville dream isn’t always all it’s cracked up to be. Wright’s sweet yet slightly husky tones really brought out the rawness and honesty of the song, in contrast to the bright melody, and also showed off her guitar playing skills. The crowd burst into whoops and cheers as she finished and that set the template for the next half hour.

Throughout her performance Wright mixed tracks from her previous two EPs in with some newer songs, including Everything Changes, which was another great example of her ability to combine twangy, driving melodies with more wistful lyrics. I also thought her vocals were absolutely gorgeous, particularly on songs such as the detailed, delicate Giving Up The Ghost (which saw her hit some impressive high notes) and the gentle, folk-influenced Back To You.

For me the standout track of the set was Why Would I Wanna. It’s a bit of a departure from Wright’s typical sound in that it’s much more of a lively melody with quickfire delivery, but still has the same brilliant storytelling that runs through all her music – this time finding out about a cheating partner and rejecting love as a result – and a big singalong chorus. Wright struck the perfect balance between anger, frustration and not completely losing hope, and there’s a knowingness about the song that I really like (and which the audience clearly responded to as they clapped along and cheered midway through!).

Wright closed her set with In The End, which for me summed up her performance perfectly. It’s a subdued, downbeat song with some fantastic imagery (I loved the opening line’s description of rain on the windows) and a great balance between sadness and optimism in the lyrics. Wright’s voice absolutely soared on the chorus before dropping away at the end, and she was rewarded with enormous cheers from the crowd, who began chanting her name as she left the stage.

One thing I always enjoy about watching Wright perform is that you’ll never get the same set twice. I saw her support Austin Jenckes at Nashville Meets London earlier this week and it would have been easy for her to do the same show again, but the fact she completely mixed it up makes me want to come back just to see what she’ll do next. She also has fantastic vocals and great stage presence, cracking jokes about her repertoire of ballads and telling stories about her time in the US, and by the end of the set she’d completely won over the entire room. Last night showed why she’s one of the leading stars of the UK country scene and I’m already looking forward to seeing her again – bring on the next show!