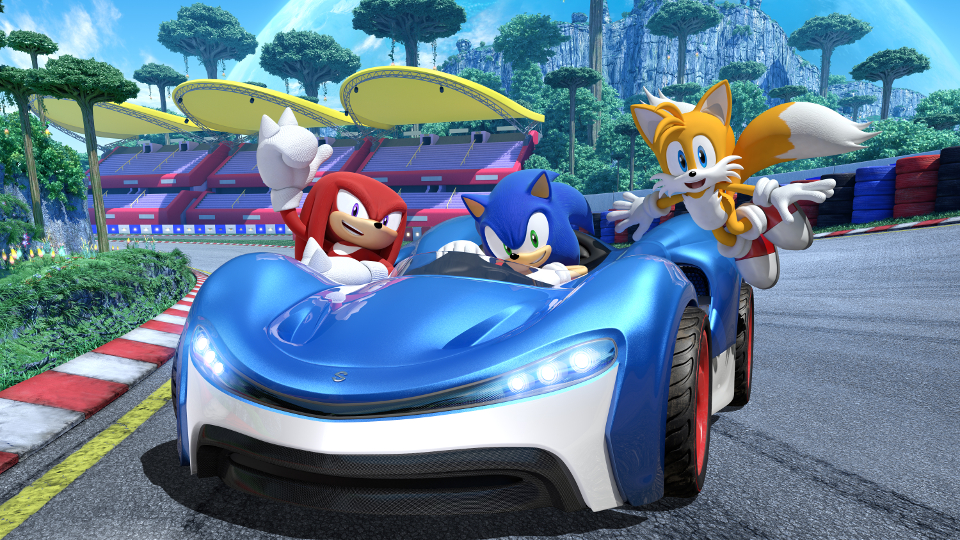 To celebrate the launch, SEGA has released a playful live-action trailer for Team Sonic Racing featuring real life contestants going head-to-head in a heated grocery store shopping competition. Watch the racers speed through aisles, whip past a barrage of flying food items, and battle for the glory of winning the “Golden O’s” in this wild Team Sonic Racing re-enactment video, below:

Developed by Sumo Digital, Team Sonic Racing combines familiar vivid environments from the Sonic Universe with fast-paced competition as iconic characters zoom across the finish line. Race together and work together as a team by sharing power-ups and speed boosts. Take control of your racing style, choose from 3 distinct character types and unlock game changing vehicle customization options to suit your racing style.

Team Sonic Racing is available both digitally and physically on PS4, Xbox One and Nintendo Switch at participating retailers for £34.99, with a digital-only release on PC.

Check out the official Sonic the Hedgehog website for more information on the game.