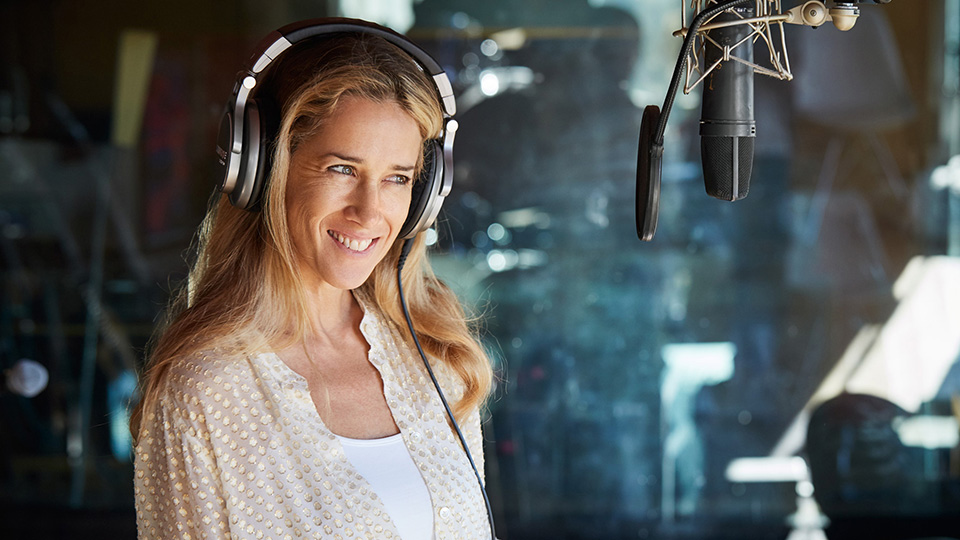 Heather Nova’s latest return to the studio – 25 years after her chart-topping breakout album, Oyster – blended both new recording experiences and the influence of long-standing team work.

As the anniversary of her 1994 release approached, the singer-songwriter called on her past producer Youth (the founding bass player for Killing Joke), who collaborated with her once again on new project, Pearl.

The result, Heather says, is contemporary, yet the “combination of each of our innate sensibilities once again came together to create that unique sound we got on Oyster”.

To record the 11-track album, they opted for a fresh change of scenery, heading with the band to the mountains of Spain to complete the final product.

I spoke with Heather about her new release Pearl, which will be out on June 28.

Congratulations on your new album, Pearl! What did you set out to achieve on this project and how did it come together?

Thank you! As I do every time I make an album, I set out to make something unique and beautiful and raw. A selection of the best songs I’ve written recently, set to music that has intensity and evokes the emotion I felt when I wrote the song. In a nutshell!

Did you plan to release it as a 25th celebration, or was that a happy coincidence? And, in what way does this project differ from what you’ve done in the past?

It was totally a happy coincidence! But a lot of things came together in a beautiful synchronicity. I had written a bunch of songs and was ready to record my 10th studio album. I had just done a European tour of Oyster where I played the entire album start to finish, just because I thought it would be a cool thing to do. Being back with the band (I’d been playing acoustic gigs for the past few years), and playing those rocking songs off Oyster, inspired me to make a full band album this time, going back to my roots in terms of that indie-pop-rock-cello-guitar sound I had, while still keeping it contemporary.

Did you have a set vision in mind of how the album would sound, or was it more an organic process?

I had a pretty good general idea, but I always like to be open to what happens along the way. So much of the magic on an album comes down to the spontaneity of what each individual brings to it musically in the studio.

Are there any major themes or messages you wanted to get across to your audience?

It’s a really hopeful but deep record, I think. I mean I had recently ended my 20-year marriage, had lived alone with my son for a few years, and then suddenly fallen madly in love, to my complete surprise! So, it runs the gamut! It’s full of a lust for life, but also acceptance and reflection.

What was your writing process? Did you team up with anyone on co-writes?

I wrote all the songs myself. I walk every day. That’s when I come up with songs. I don’t really know where they come from. They seem to land on me, or spring from me. I love that mystery. I can craft a song for sure, but the best ones come to me very quickly from some mysterious place.

How would you describe this sound to new fans? What’s been the reaction of long-term supporters?

I guess It’s an alt-rock album with a strong singer/songwriter element. Youth says it’s my Blonde on Blonde which I take as a high compliment!

This album has one of the best rhythm sections I’ve ever had. Youth has a punk rock background, as he’s the bass player for Killing Joke, so I love the juxtaposition of my ethereal vocals (that’s what others say – I would never call myself ethereal!!) with a hard-hitting rhythm section, moody cello, and cool punchy guitars. The record’s getting a great response so far.

Tell me about working with Youth. What did he bring to the project as producer?

Well, he’s a fascinating mix of punk-rock-bass player, trance DJ and an innovative producer with a great pop sensibility. We come from very different backgrounds, so in a way, are an unlikely combination, but somehow it really works! Sometimes you need to work with someone very different to you, to get that interesting unique outcome.

How did you come to record in the mountains of Spain, and what was that experience like?

I approached Youth (he’s produced The Verve, Crowded House, Pink Floyd, The Jesus and Mary Chain, Paul McCartney…) and he really loved my new songs. We hadn’t really seen each other in 20 years since he produced Oyster and a couple of tracks on Siren. He invited me to the South of Spain where his studio is. I put a band together of musicians I’ve loved playing with over the years, and we made the record in three weeks.

Did the atmosphere come through into the music, or inspire you in any way/change the direction?

It’s always very special to record in a beautiful location with an incredible view. I think it adds to the feeling in the room, the atmosphere of the music for sure. Also, it’s nice to be in the middle of nowhere, with no distractions.

What can fans look forward to next and what are your ultimate goals in your music?

My ultimate goal is always just to make great music, and to push my own boundaries as a writer. I feel most alive when I am singing and writing. And I love playing my music live because it makes me feel connected to people. There is nothing better than hearing from someone that a song I wrote moved them, or made them feel something, or reminded them of a part of themselves they had forgotten.

Will you be adding touring dates to your schedule?

I hope to set up a tour for the US and Canada, yes. I don’t have dates yet, but I’ll make it happen!

Heather Nova’s new album Pearl will be released on 28th June 2019 and you can pre-order it now. Watch the music video for The Wounds We Bled below: