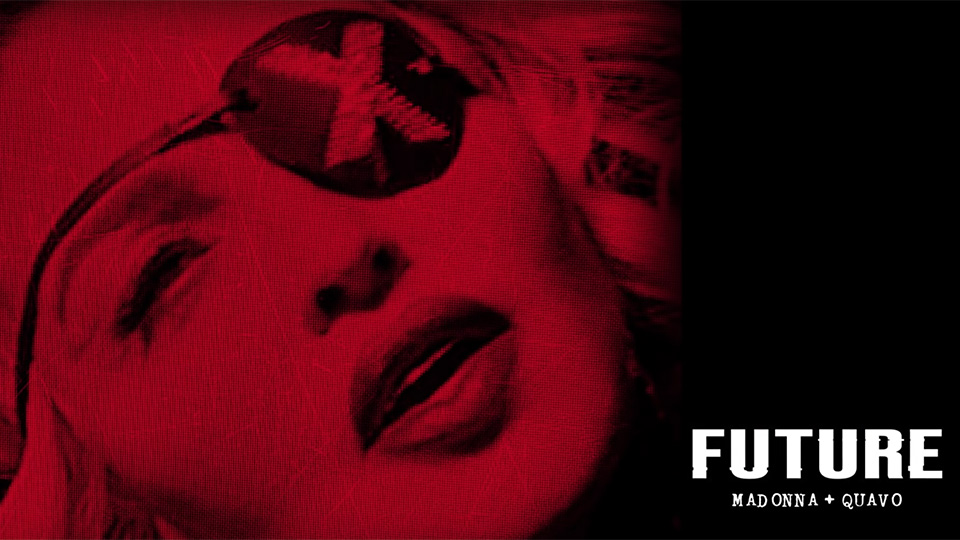 The track, co-produced with Diplo, has an electronic-tinged Jamaican dancehall feel. It is the fourth of five songs that Madonna is previewing ahead of the release of Madame X. Listen to it below:

Future follows the release of Crave featuring Swae Lee, I Rise and Medellín featuring Maluma. The fifth and final song to be released ahead of Madame X is Dark Ballet on 7th June, one week before the album arrives on 14th June.

Madonna says of “Future” featuring Quavo, “It’s a song about the world that we live in today and the future of our civilization.”

The Queen of Pop will perform Future for the first time with Quavo at Eurovision in Tel Aviv tomorrow night. She will also perform her classic hit Like a Prayer, which is celebrating its 30th anniversary this year.

Madonna has been busy revealing the first Madame X tour dates with UK shows set for The London Palladium in early 2020.

We’ve also been sharing our thoughts on the astonishing double standards applied to Madonna as she gears up to release Madame X.

Advertisement. Scroll to continue reading.
In this article:Madonna, Quavo