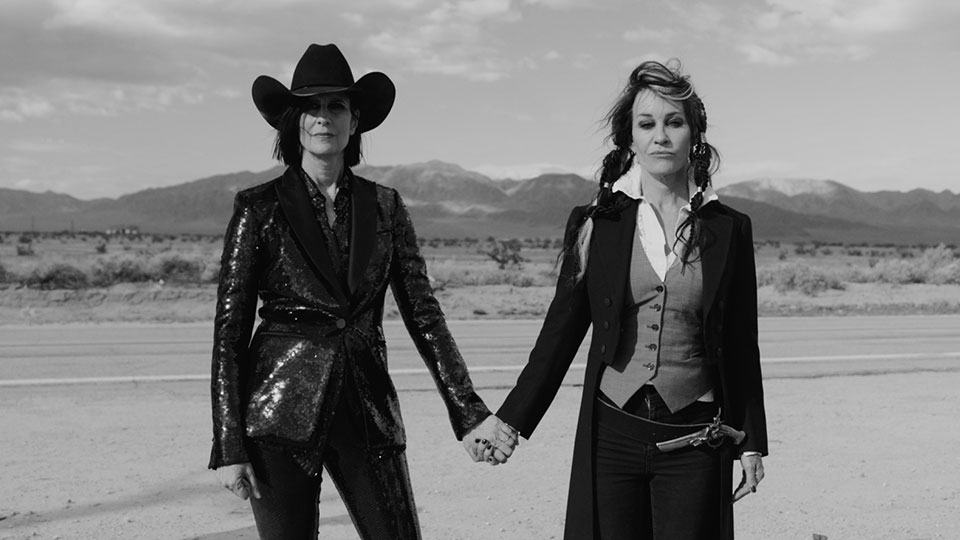 Shakespears Sister have unveiled the video for their new single All the Queen’s Horses and it’s pretty epic.

The song is the first new material from the duo in 26-years and it’s their first release since signing to the reformed London Records. The video was shot in Joshua Tree by Sophie Muller, who shot their videos for I Don’t Care and Stay, and you can watch it below:

Fans of Ru Paul’s Drag Race and All-Stars will spot a cameo from Morgan McMichaels, who Marcella Detroit met when he was performing as her at a drag night in Los Angeles. The video sees the duo poking fun at their troubled past and infamous feud, while paying homage to some of their iconic visuals.

Discussing the video Siobhan Fahey says, “Shakespears Sister musically is me and Marcy but visually it’s me, Marcy and Sophie. Without her, a big part of the artistry and the story would be missing. It made me cry the first three times I watched it.”

Detroit added, “I think what Sophie did with it as well was brought a sense of healing, a sense of us making fun of ourselves and being okay with the whole drama that ensued between us. I just think it’s perfect.”

All the Queen’s Horses was produced by Nick Launay. It features on Shakespears Sister’s singles collection Singles Party, released on 19th July. The song is one of two new tracks – the other being C U Next Tuesday – on the record.

The duo will embark on the Shakespears Sister Ride Again tour this October and November, playing an extensive run of UK shows, including a night at The London Palladium.