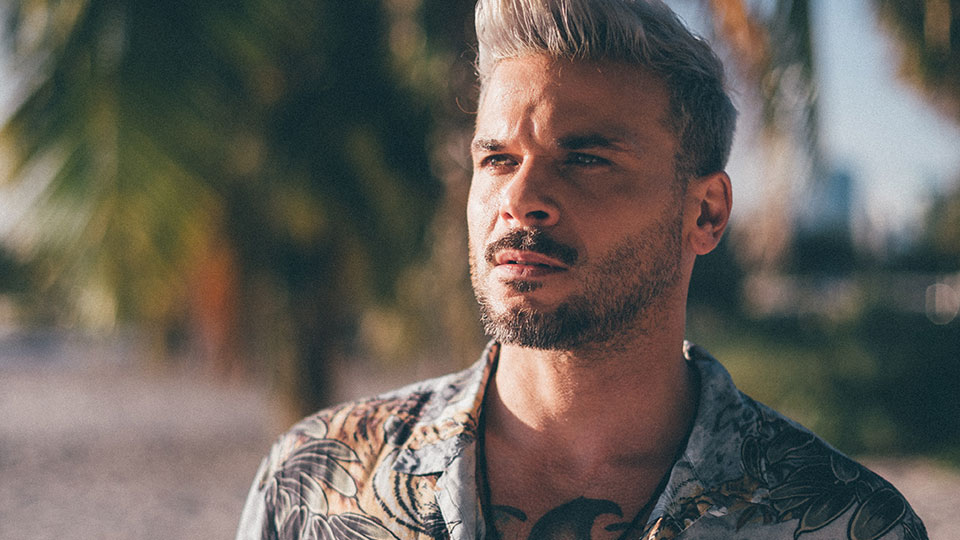 Pedro Capó is responsible for one of the biggest songs of the last 12 months, Calma, which is about to explode further thanks to a new remix featuring Alicia Keys.

The award-winning Puerto Rican singer-songwriter is leading the current Latin explosion that is dominating the charts across the world. To date Calma has had over 1.6 billion streams and that’s rising pretty fast.

I caught up with Pedro during his brief trip to the UK to talk about the track’s phenomenal success, discuss the Latin explosion in music right now, and to find out which other artists from the genre we should be taking note of.

Your song Calma is everywhere. It seems like it’s the gift that keeps on giving for you. Tell me a little bit about the history of the track…

I know! I call it the little song that could. This song wasn’t even intended to be a single to be honest with you. We never wrote it with the intention of it being a single. To be a success like this, it was something completely unexpected but I’m counting my blessings. I’m happy that we’re having success with a song that represents wellbeing and with a song that represents us as Latinos especially Caribbeans. I call it a postcard, it’s like a Puerto Rican postcard. It’s our slow and easy type of personality, I think it encompasses that in the song. I’m happy. I’m still assimilating everything that’s going on (laughs) to be honest with you. We came up with the original version and as soon as it came out we started feeling a little bit of a viral vibe on Instagram. People from all over the world were doing covers and then Farruko made the approach because he heard the song and he personally connected with it. I said, ‘hey let’s do a remix’ and from then on it’s just been madness. I’m just grateful for everything that’s going on.

The song is getting another lease of life with the Alicia Keys remix, which will take you into more English-speaking territories. What’s it been like working with her?

Amazing, amazing! She’s something else. She’s a sun… she walks into the room and she illuminates it. She radiates. She was very humble and gracious, and wanted to talk to everybody on the set. She was very down to earth and I was honoured to have the opportunity to work with such an artist that has prestige and is such a solid songwriter. To me it was a dream come true. It happened in a very organic way. She was at the beach in Tulum, Mexico with her husband on vacation, heard the song, one thing led to another, somebody made the contact and we made it happen.

The original version of Calma has been out for a little while now. Is the plan that you’ll be releasing a new EP or album at some point this year?

I would say it’s the spearhead of what’s to be the album. We’re going to be releasing a new single come June/July. In the meanwhile we’re also featured in some other artist’s productions.

Can you give me a flavour of what we can expect from this album?

I’m really gravitating towards the whole Caribbean vibe. I feel like we found a sweet spot, not only with Calma, but in the creative process that I was going through when I wrote Calma. Everything was coming from a very Caribbean place utilising the electronic sounds from the Latin Urban movement but also keeping a pop melody vibe and using classic reggae, which is a little slower and kind of playing in that world.

This genre of music is inspiring a lot of artists right now including the likes of Madonna who just released Medellín with Maluma and of course Alicia Keys who is on your Calma remix. What’s it been like to see the music that you’ve made and been passionate about, inspiring other artists around the world?

It’s insane, honestly. It’s amazing. I’m grateful that finally we as Latinos have the opportunity to showcase our music on the big stage. I think it has a lot to do with the digital platforms as well. They have kind of brought the curtains down and has made it more of a universal platform. Now everybody has access to it and we Latinos have always had a lot to contribute culturally and musically as well. I feel that because of this exposure, we’re gravitating and happy that we’re under the spotlight right now and such huge artists are coming knocking at our doors when it used to be the other way around not too long ago.

Yeah it’s interesting because there was a Latin explosion in the late 90s with the likes of Ricky Martin, Enrique Iglesias and Jennifer Lopez crossing over to the mainstream charts. Before that we had Gloria Estefan who brought the genre to a wider audience. This is the first time since then that Latin music is having a significant impact on the charts across the world. Why do you think that is?

I think our music could measure up with any any music around the world. I feel like we’ve always had icons that broke through, like the ones you just mentioned. I think now there’s a better possibility thanks to the digital platforms and the accessibility to the world of music in general. Look at what’s going on with K-Pop as well. I think it’s not only a Latin phenomena but it’s a world thing. I feel like music actually is universal at the moment.

I’ve always loved Latin music. It’s something that’s always been in my life, even though I don’t speak Spanish and often have no clue what the words mean. It’s just so feel-good, passionate and infectious. What would you say is at the heart of the music you make?

I think we have this innate happiness and warmth about us as Latinos that’s contagious. It’s something that the world is always going to need a little bit of. I think it’s really cool that you say you’ve been listening to Latin music for so long without understanding half of the words. Welcome to our world! We’ve been listening to English music for so many years and understanding all of it but kind of singing along to it. I just think it’s really cool. I see a lot of videos of people singing my song Calma and I wonder if they can understand half the words but it goes to show that the vibe goes before the actual meaning of the song and that’s what it’s all about.

You’ve recently completed a tour of Mexico. You’re off to the US next then you’re back in Europe. Are we going to see you in the UK?

Looking forward, we’ve been talking about it. This trip has a lot to do with that as well. We’re exploring our possibilities. There’s been some interest and hopefully we’ll be announcing some dates. The sooner, the better.

How has your experience been in the UK so far?

I love it. I mean I’ve been influenced by UK music, like I believe every musician in history. It’s the powerhouse, especially as I come from a rock and roll type of background and a pop background so many icons have marked my music as well. I love it here. Unfortunately I haven’t had enough time to go around as much as I would like to but I’m looking forward to keep exploring a little bit more and and getting to all these places that I’ve been hearing about, and finally put the visual to them.

As well as your music, what Latin artists do you think our readers should be listening to at the moment?

I feel like there’s a lot of fresh young cats… off the top of my head I’m going to go with Rosalia. I think she’s bringing something very…. yes it’s pop but it’s risqué and it’s artful and it’s tasteful. I think you Bad Bunny is bringing something really cool to the table as well. I know from Puerto Rico and Colombia there’s so much new talent that is coming up influenced by all of this wave that I think is a new Latino sound. Keep your ears on the ground.

Calma (Alicia Remix) is available to stream and download now. Watch the video for the song below:

Advertisement. Scroll to continue reading.
In this article:Pedro Capo