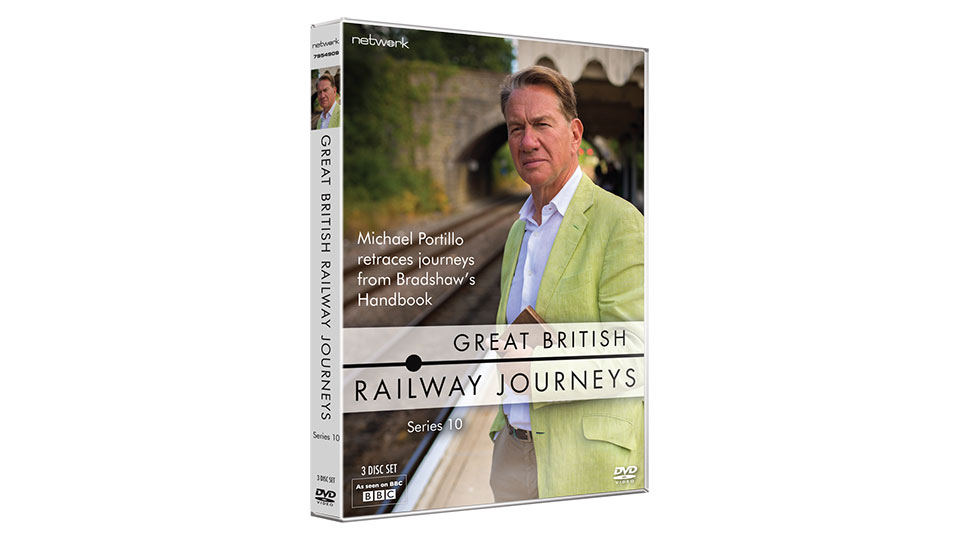 Over almost 10 years and 200 episodes Michael Portillo has travelled the length and breadth of the UK on all manner of locomotives, exploring the towns and cities that make up this great nation to discover the importance the British railway system has played in the country’s development.

Armed with his trusty early 20th century edition of Bradshaw’s Railway Handbook, Michael continues to chart the great British romance with the railways as this phenomenally successful series continues. Taking to the tracks he navigates a vibrant and optimistic Britain at the height of its power and influence in the world – but a nation wrestling with political, social and industrial unrest at home.

In this tenth series, out now on DVD via Network Distributing, steered by George Bradshaw’s famous railway handbook, he retraces three journeys inspired by his guide, witnessing what’s changed and celebrating our love of the railways. Michael stops at some of Britain and Ireland’s most beautiful cities and secluded villages, meeting extraordinary people and hearing how their lives have been shaped by the railways.

Michael rambles in the beautiful Peak District, trying his hand at clay spinning, helping to restore carriages for a heritage light railway, messing about in boats on the Thames, finding comedy at the home of British cinema, investigating the high-octane sport of whippet racing and endeavouring to understand the appeal of a dark Edwardian spread which is loved – and hated – all over Britain!

To celebrate the release, we’ve got 2 copies on DVD to give away. Enter below for a chance to win…