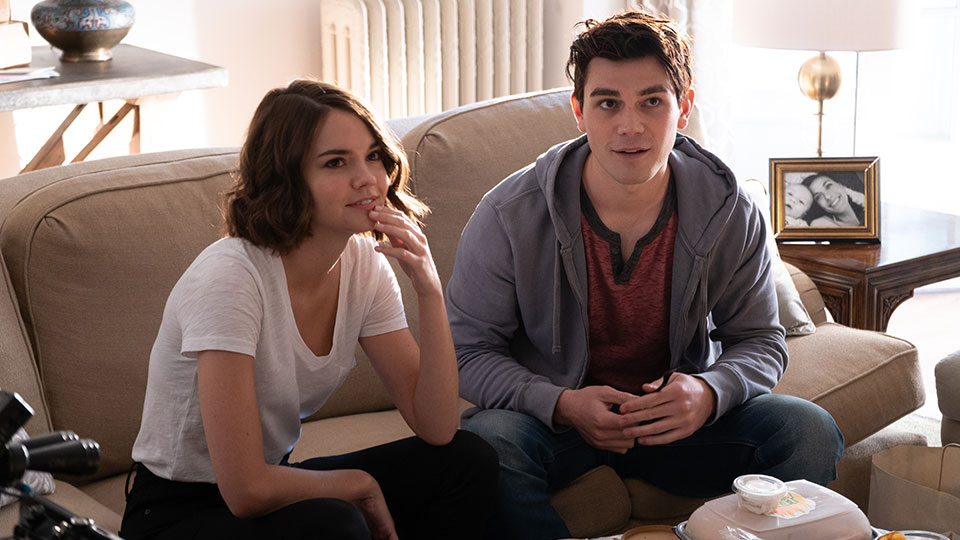 Starring Riverdale’s KJ Apa, and The Fosters’ Maia Mitchell, The Last Summer follows a string of teenagers through their last summer before they all head off for college, or to pursue other dreams.

Reminiscent of a Love Actually style, although confusingly without drawing any links between the separate storylines it followed, besides the fact the students all lives in the same city and attend one party together, we watch several relationships navigate the turbulent pressures of whether or not to break up before moving away, and the internal dilemmas as the teenagers decide what they really want to do with their lives.

The majority of the storylines felt quite random, and often seemed to take away from the blossoming romance between Apa and Mitchell’s characters, for example why are we following two random boys whose names I still haven’t caught as they run around getting drunk?

In all honesty, there were only two threads I actually felt interested in by the end – would Phoebe (Maia Mitchell) and Griffin (KJ Apa) survive their family dramas and finally get together, and would Audrey finally get the courage to not settle for things in life? Most of the storylines struck a strange chord, and just felt completely out of place. I won’t even get started on how problematic the presentation of teenage boys was in this film, either presenting them to be desperate to lose their virginities at any cost or pursuing some macho goal of ticking off certain types of women from a list.

Refreshingly Netflix finally chose a leading man playing 18 year old that isn’t Noah Centineo but KJ Apa played a character so closely similar to his famed Archie Andrews (even carrying a guitar case around) that it was hard not to expect Cole Sprouse to walk through the door any second, or someone to randomly get killed.

Maia Mitchell however, carried the movie. As always she is exceptional, and whilst it pained me to see her speaking such poorly written lines, she brought an authenticity to her character and her relationship, that saved the movie for me.

Overall The Last Summer was a good laugh, but Netflix really needs to step up their rom-com writing game.