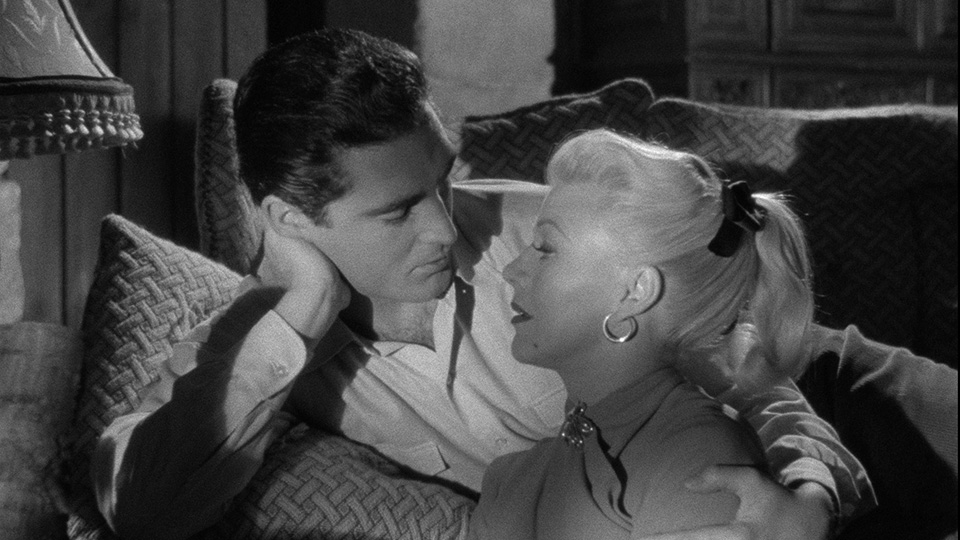 Hollywood royalty Ginger Rogers forayed into Film Noir for her British film debut when she starred in Beautiful Stranger, a mystery drama bubbling with tension, desire and greed, released on Blu-ray, DVD and Digital on 6th May by Network Distributing.

Joan “Johnny” Victor (Rogers), a gorgeous ex-actress, lives in luxury on the French Riviera courtesy of Louis Galt (Stanley Baker) – a wealthy businessman with global interests. But when she discovers Louis’ fortune is built on crime his possessive mania brings about a train of violence from which death is the only certain outcome…

Continuing Network Distributing’s roll out of The British Film label, Beautiful Stranger sits alongside other British Film Noirs in the collection; Night Beat, Portrait of Alison, Murder in Soho, The Night Won’t Talk- To see a list of upcoming titles and those already available please visit – www.thebritishfilm.co.uk.

To celebrate the release we’ve got 2 copies of Beautiful Stranger to give away. Enter below for a chance to win…

In this article:Beautiful Stranger, Network Distributing