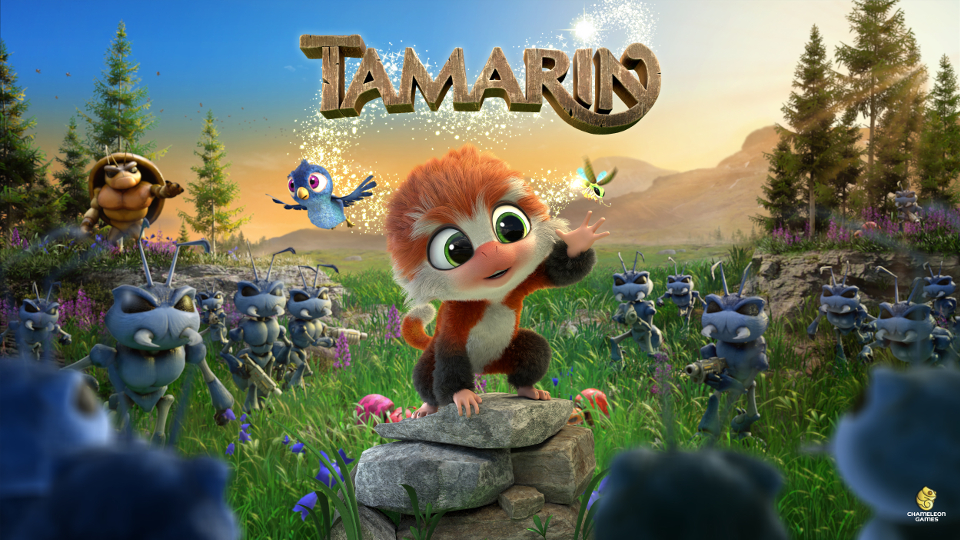 In the game players will explore an interconnected 3D world, brimming with primate platforming and bug-splattering shooter action. Leap with the agility of a tamarin as you journey into the Northern wilderness on scenic routes through forests, fjords and mountains. Along the way you will chase mysterious electrical fireflies, discover a secret underground world of dancing ants, rescue innocent birds, and restore the tamarins’ once idyllic natural habitat.

Watch the Tamarin announcement trailer below:

Tamarin is directed by Omar Sawi, who has brought on an all-star cast from Rare’s golden era to help execute his creative vision for Tamarin and recapture the style and magical experiences they were famous for. Creators of iconic characters such as Diddy Kong, Banjo-Kazooie, and Battletoads are responsible for Tamarin’s concept art, pre-production and character design. Donkey Kong 64 artist Richard Vaucher leads the art production and provides energetic, responsive animations. Donkey Kong Country composer David Wise adds to the atmosphere with compositions of melodic beauty and a brand-new style of catchy industrial beats. This is complemented by impactful sound effects by action-title veteran Graeme Norgate (GoldenEye 007, Killer Instinct).

“A lot of species are going extinct and their natural habitat is being lost and I’ve always wished to make a game series inspired by the most wonderful species and scenery on Earth,” said Omar Sawi, Founder of Chameleon Games. “Tamarin combines cute characters, beautiful locations, a catchy soundtrack and a combination of fun exploratory platforming and action shooter gameplay into something that appeals to a wide multi-gender demographic.”

View some Tamarin screenshots in our gallery:

Tamarin will be available this summer for PS4 and PC via Steam priced at £22.99. A Deluxe Edition that includes the soundtrack will cost £29.99.

Pre-orders are available now on the official Tamarin website, and include the following bonuses: