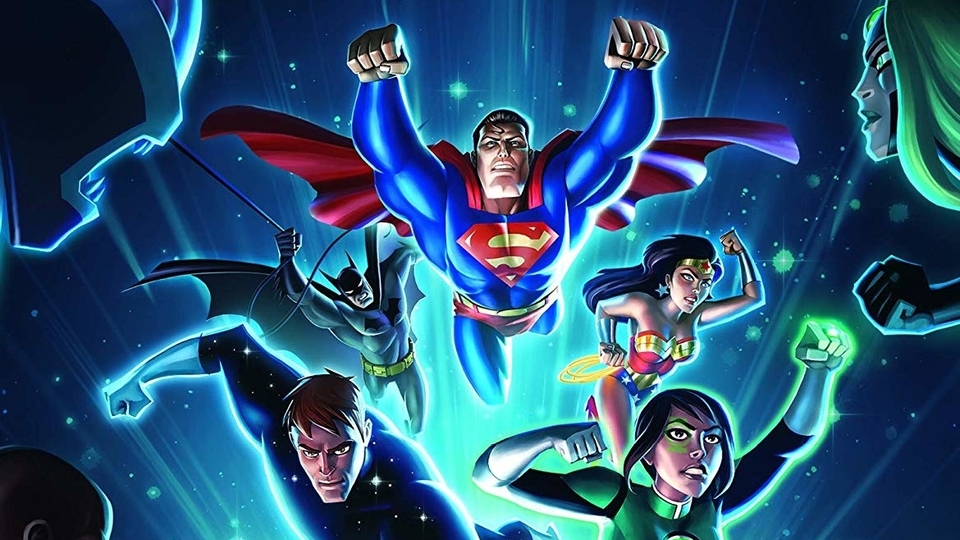 The fate of the planet rests on the shoulders of a reluctant Green Lantern and an unstable hero from the future in Justice League vs. The Fatal Five, the next entry in the popular series of DC Universe Movies. Produced by Warner Bros. Animation and DC, the feature-length animated film arrives from Warner Bros. Home Entertainment on Blu-ray and DVD on 29th April 2019 (out now on Digital). A Blu-ray steelbook and Blu-ray mini figure pack will also be available for purchase from the 29th April.

To celebrate the release of Justice League vs. The Fatal Five, we’ve got 2 copies of the Blu-ray to give away.

Justice League vs. The Fatal Five finds the Earth’s future hanging in the balance when the Justice League faces a powerful new threat – the Fatal Five. Superman, Batman and Wonder Woman seek answers as the time-traveling trio of Mano, Persuader and Tharok terrorize Metropolis in search of budding Green Lantern, Jessica Cruz – whom they need to free remaining Fatal Five members Emerald Empress and Validus in order to carry out their sinister plan. But the Justice League discover an ally from another time in the peculiar Star Boy – brimming with volatile power, could he be the key to thwarting the Fatal Five? An epic battle against ultimate evil awaits!

Providing the voices of the villainous Fatal Five are Peter Jessop (Mass Effect, Fallout 4, Resident Evil) as Tharok, Matthew Yang King (Batman Ninja, Supah Ninjas) as The Persuader, Sumalee Montano (S.W.A.T., This Is Us) as Emerald Empress, and Philip Anthony Rodriguez (Grimm, The Secret Life of the American Teenager) as Mano. (Note: Validus does not speak)

A Sneak Peek at DC Universe’s Next Animated Movie, “Batman: Hush” – A villain named Hush knows far too much about the weaknesses of Batman and Bruce Wayne. The game of mystery and intrigue reaches a zenith as the Dark Knight’s fight for survival collides with his past and personal life *Also included on DVD Extras

Battling the Invisible Menace – This featurette will explore the nuanced hero as many characters must deal with the everyday feelings of anxiety, depression, and other incapacitating emotions that we all must battle and overcome

Justice League vs. The Fatal Five: Unity of Hero – A look at how the pantheon of DC heroes has never been more diverse and inclusive, as writers and artists break boundaries and smash stereotypes

A Preview of Justice League Dark – John Constantine leads a group of misfit characters that use magic to vanquish their opponents. This is the dark versio n of The Justice League taking on the malevolent forces that go beyond our plane of existence *Also included on DVD Extras

A Preview of Justice League vs. Teen Titans – An glimpse into the characters known as the Teen Titans *Also included on DVD Extras

Legion of Super Heroes, “Man of Tomorrow” – When fearsome villains of the Fatal Five set their sights on the newly formed Legion of Super Heroes, three of the Legion’s members go back in time to get help from the greatest hero of all time: Superman. Instead they find Clark Kent, who’s aware of his powers but not of his destiny

Justice League Unlimited, “Far from Home” – On her 21st birthday, Supergirl is transported to the 31st century along with Green Lantern and Green Arrow, to help the “Legion of Super-Heroes” combat “The Fatal Five”. Will she be victorious, and return from this dangerous mission?