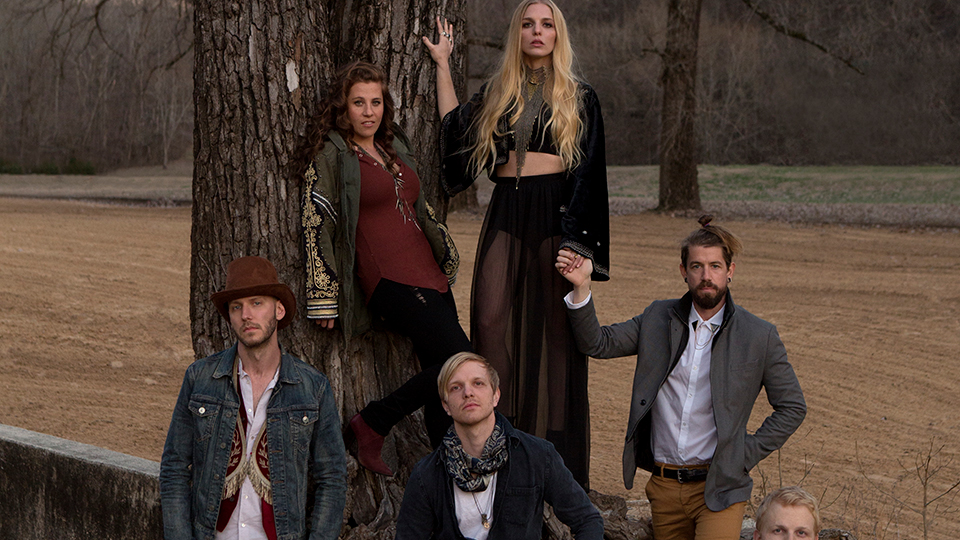 Delta Rae have announced their plans to release seven tracks this spring starting with Heart Won’t Break, which is available to stream and download now.

The follow-up to their powerful track Hands Dirty, the new tracks will be released weekly until the end of May. Take a listen to Heart Won’t Break:

The full release schedule is:

Bandmates and brothers Eric and Ian are primary composers on the full lineup of tracks.

“Heart Won’t Break is about claiming your grief, your anger, your strength — whatever your process is — after someone breaks your heart,” shares Ian Hölljes. “I love how human the story is and how the central message is both forceful and vulnerable. To me, that’s the sweet spot of telling a true story.”

Ian continues, “When I walked into Eric’s apartment one morning, he was playing a beautiful melody on piano and singing the lyric ‘a heart will never break the way you want.’ I loved it. We jumped into the song immediately, kept making small refinements, brought in all our favourite musical collaborators, and Heart Won’t Break became one of my favorite songs we’ve ever written. As always, Liz brought the lead vocal to life, pulling both the power and pain out of the story, and I love how Delta Rae’s harmonies punch in at the first chorus. It’s one of riskiest songs we’ve ever produced, and I think it pays off.”

Offering his perspective, Eric adds, “I was at my piano writing a sad song a month before a breakup I knew was coming. Ian came over and I played him this sad melody and lyric on the piano. He helped me transform it into something more defiant and upbeat. As soon as a relationship is over you have to go from caring about a person more than anyone to acting like you don’t care at all. It’s the worst. You might as well have a song to dance to when you’re going through something like that.”

Delta Rae were last in the UK to perform at C2C: Country to Country 2017 where they proved to be one of the weekend’s biggest surprises. We’re keeping everything crossed that their new music brings them back over to the UK soon!