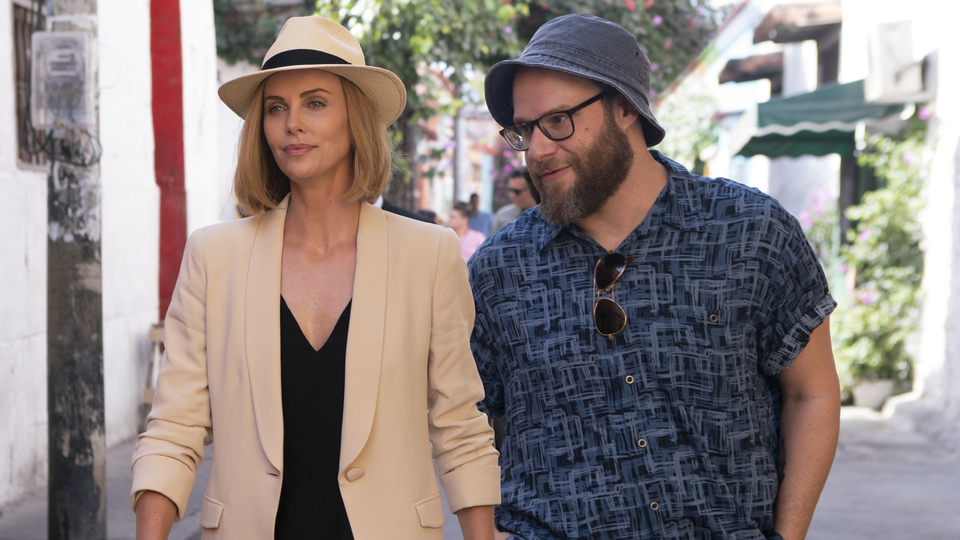 Directed by Jonathan Levine and starring Charlize Theron and Seth Rogen, Long Shot is a must-see comedy that is laugh-out-loud funny throughout. To celebrate the upcoming release, a new clip has been released from the film, in which Charlize Theron’s character Charlotte has a unusual power-nap.

Long Shot opens in cinemas nationwide on 3rd May.

Charlotte Field (Charlize Theron) is one of the most influential women in the world. Smart, sophisticated, and accomplished, she’s a powerhouse diplomat with a talent for…well, mostly everything. Fred Flarsky (Seth Rogen) is a gifted and free spirited journalist with a self-destructive streak.

The two have nothing in common, except that she was his baby sitter and first crush. When Fred unexpectedly reunites with Charlotte, he charms her with his self-deprecating humour and his memories of her youthful idealism. As she prepares to make a run for the Presidency, Charlotte impulsively hires Fred as her speechwriter, much to the dismay of her trusted advisors.

A fish out of water on Charlotte’s elite team, Fred is unprepared for her glamorous and high stakes lifestyle. However, sparks fly as their unmistakable chemistry leads to a round-the-world romance that becomes embroiled in a series of dangerous and outlandish incidents.

Long Shot is that rare breed of rom-com that actually hits every one of its marks. Blessed with an amazing ensemble cast and two strong lead performances (especially from Charlize Theron, whom we can all agree can do no wrong), Long Shot is a gem of a film.

Check out another Long Shot clip below, along with the UK trailer;