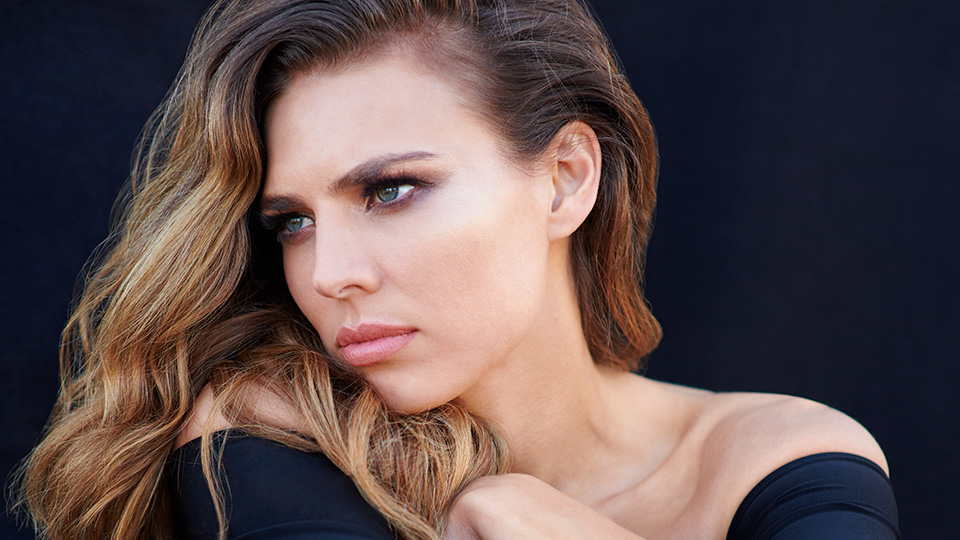 Twinnie originally got her start as an actress in musical theatre, including the West End productions of Rock Of Ages, We Will Rock You and Footloose. In 2016 she released her debut EP, produced by John Green, which reached number 2 on the iTunes country chart, and has since become a regular on the UK country scene, with performances at festivals including Country to Country. Her latest EP,  Better When I’m Drunk, was released in March and last night she played her first UK headline show at The Lexington in London.

Arriving on stage to loud cheers from the sold-out crowd, Twinnie kicked off her set with Type Of Girl from her current EP. The upbeat song had touches of pop and rock to the melody and she delivered the quick, sassy lyrics smoothly with a sweet tone in her voice, as well as going for some big notes at the end. Right from the off she could be seen tossing her hair and moving around on stage as well as encouraging the audience to clap along and thanking them for coming out – both of which would continue throughout the night – and got the show off to a strong start.

Throughout her performance Twinnie combined songs from her previous EPs with newer material, covering a huge mix of styles. The sparse yet driving More reminded me of James Bay’s Hold Back The River, whilst I Didn’t Choose and had a great traditional sound with plenty of country twang and Manicure took on a 60s girl group feel. She also wasn’t afraid to be frank in her lyrics, particularly Bad Bitch, which balanced her playful vocals with a funky, slinky melody and some impressive vocal runs towards the end.

One thing which particularly stood out to me was Twinnie’s stage presence. From the moment she stepped on stage she had the most incredible energy, frequently moving around the stage, jamming with her bandmates and jumping around, as well as frequently cracking jokes and chatting to the audience about her songwriting and experiences. She came across as incredibly relaxed and it was impossible not to warm to her. I was also seriously impressed with her powerful vocals on songs like the lush, bittersweet Cool and the singalong, pop-influenced Social Babies.

For me the strongest section came midway through the show when Twinnie performed acoustic. She opened with the piano-led Superhero, which features on her latest EP, which had a haunting, downbeat feel. Her vocals really captured the emotion and anguish of the song and the open, honest lyrics made the whole song tug at the heartstrings. She followed that with the stomping Hollywood Gypsy and the tearjerking ballad Lie To Me, which was simple but incredibly moving. At the end of the latter song she hit a huge note and the audience roared their approval.

After speaking very emotionally about the support she’s received from fans over her career, Twinnie closed her set with a slowed-down version of Whitney Houston’s classic I Wanna Dance With Somebody (Who Loves Me), which segued into her recent single Better When I’m Drunk. I felt the song really summed up her performance – it’s fun, energetic, has a super-catchy chorus and some nice pop and rock vibes. She could be seen moving around the stage throughout and had some great vocal tricks, as well as filling the song with conviction.

Twinnie’s final song of the nigh was The Show, an acoustic number which she dedicated to her mum, who’d travelled down from York for the evening just to see her perform. Although its folky, gentle melody was a significant departure from much of her earlier material, the song had tons of warmth and affection and some beautiful details in the lyrics. It’s a really interesting song from her and I’d love to see her do more similar numbers in the future. She could be seen tearing up as she thanked the crowd one last time at the end of the song and they rewarded her with an enormous cheer and thunderous applause.

Overall Twinnie delivered a strong set packed full of songs that showed off her wide range of styles and influences as well as her vocal chops. I thought she struck a great balance between more fun, uptempo rocky numbers and the slower songs which put the focus firmly on her vocals and showed just how good a singer she is. She’s definitely an entertaining and versatile performer and I’m really interested to see where she goes from here.