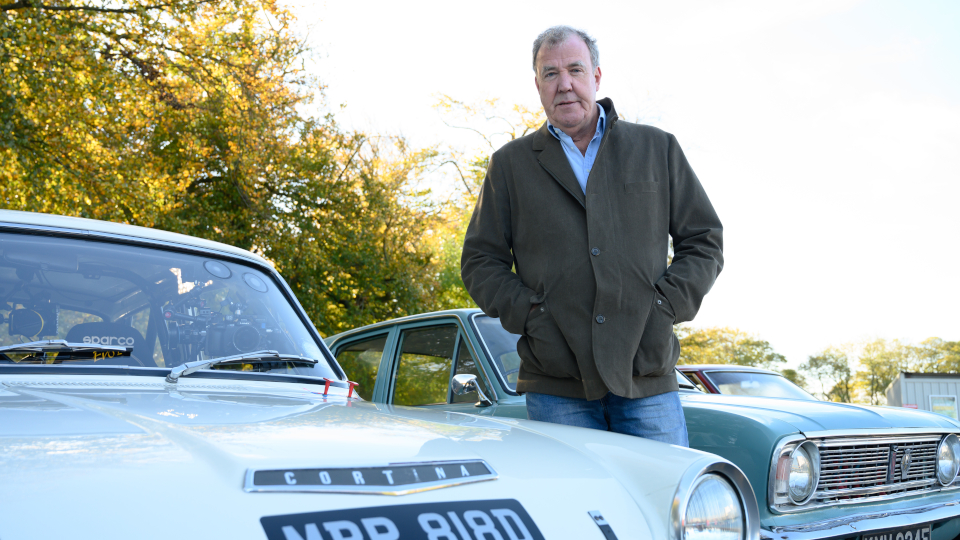 Friday 12th April sees the final episode of this season of The Grand Tour, here’s hoping it’s a good one. Amazon have released a short trailer to give us a taste of what’s to come.

In the final episode of this series, Jeremy Clarkson, Richard Hammond and James May present a short and informative history class on one of the bedrocks of British life; the medium-sized Ford saloon. Starting with the Cortina of the 1960s and 1970s, the three chart the history of the car that changed British society and provided transport for millions of dads including Clarkson senior and father May though not, to his annoyance, Richard’s dad.

To cover the ‘80s part of this documentary, Richard takes to the track in the legendary Sierra RS Cosworth before all three hosts re-group to celebrate the Ford Mondeo and this model’s unique claim to fame. Since the Mondeo seems certain to cease production without replacement in the coming years, the history lesson ends with a touching memorial service to this totem of British life.