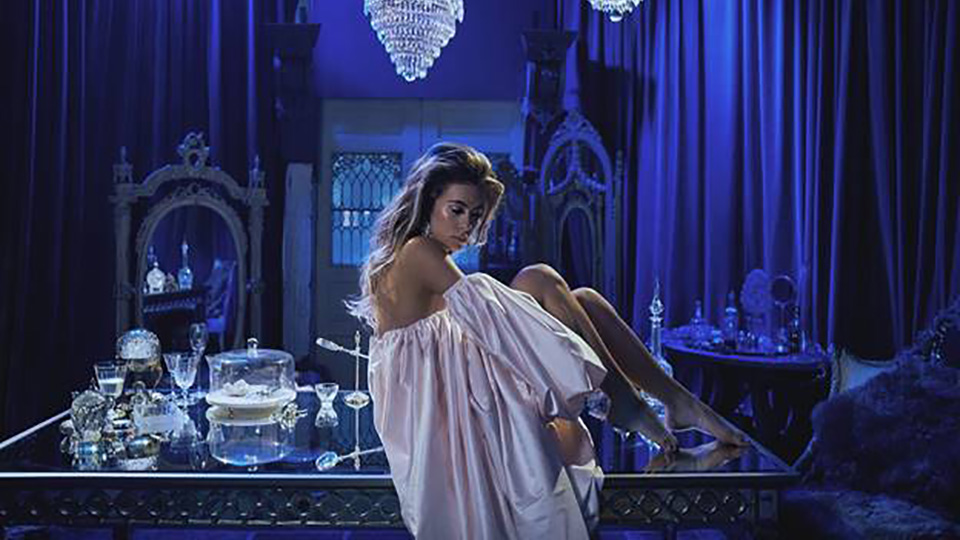 Kassi Ashton has been making waves with her powerful new track Pretty Shiny Things and earlier this week she unveiled the music video.

The stunning video was filmed in Nashville and directed by Kristin Barlowe, who Ashton collaborated with on the video for her single Violins. Watch the clip below:

The videos finds Ashton lying on a stage surrounded by glass trinkets and mirrors, wearing a beautiful dress. It perfectly complements the song’s emotional and moving lyrics about the pressures women face to be perfect on the outside.

“In our society, it feels like we’re forced to evaluate our reflection everywhere we turn, always waiting for a confirmation from someone else that we are enough,” says Ashton. “Putting that, and something so personal for me, into a visual is a weird task. I wanted it to feel real, not forced. Kristin Barlowe helped me so much in marrying what I wanted artistically with the real emotional monologue.”

Pretty Shiny Things is available to stream and download now. It was produced by Luke Laird and co-written by Ashton and Emily Landis.