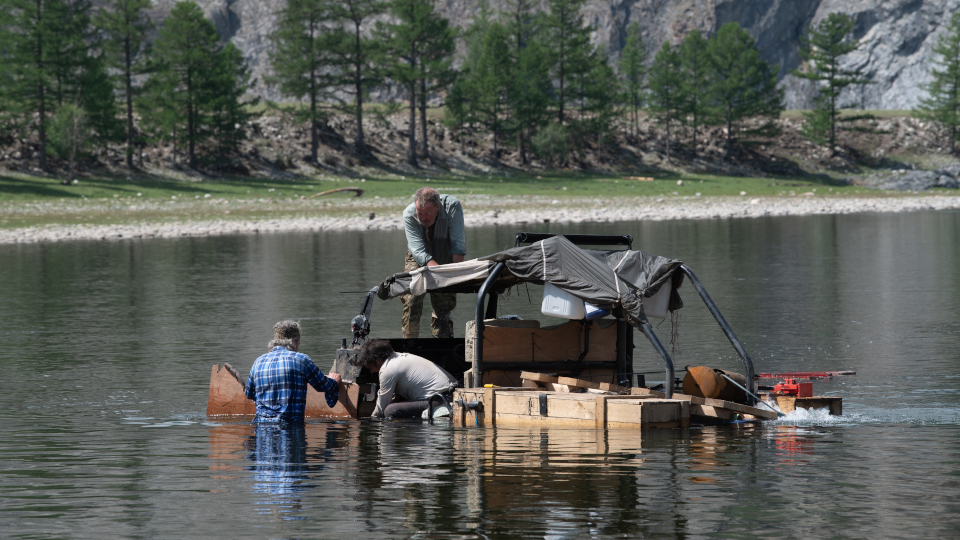 Wow, wow, wow. Now that was an episode of The Grand Tour, finally, this series has delivered what this show is capable of.

This episode was a Grand Tour special and saw Clarkson, Hammond and May travelling across stunning Mongolia. They started in the middle of nowhere and made their way to a town called Moron.

Hammond and May got on with the building whilst Clarkson took over the role of food and beverage manager which basically involved serving up cold slop. They were also mortified when they found out that they had no alcohol whatsoever and had a seven-day drive ahead of them.

They were given a very rough map with a few waypoints in order to navigate. Along the journey, they had to tackle obstacles such as wobbly bridge, sandy bit and floody place. Whilst these names sound funny they were truly challenging environments to drive across and ‘John’ as they named their car handled them amazingly well.

The whole film shows off Mongolia in all its natural glory and the landscape ranges from desert to mountains with lakes and forests in between, it truly is a beautiful place. Mongolia is pretty much untouched by man with only three million people living in a country the size of Western Europe. If you want a holiday in order to get away from the crowds this place should go on your list!

My favourite part of the film was simply enjoying watching the trio deal with the situations as they happened. Gone was the scripting and rubbish jokes of previous episodes, this special episode simply feels real.