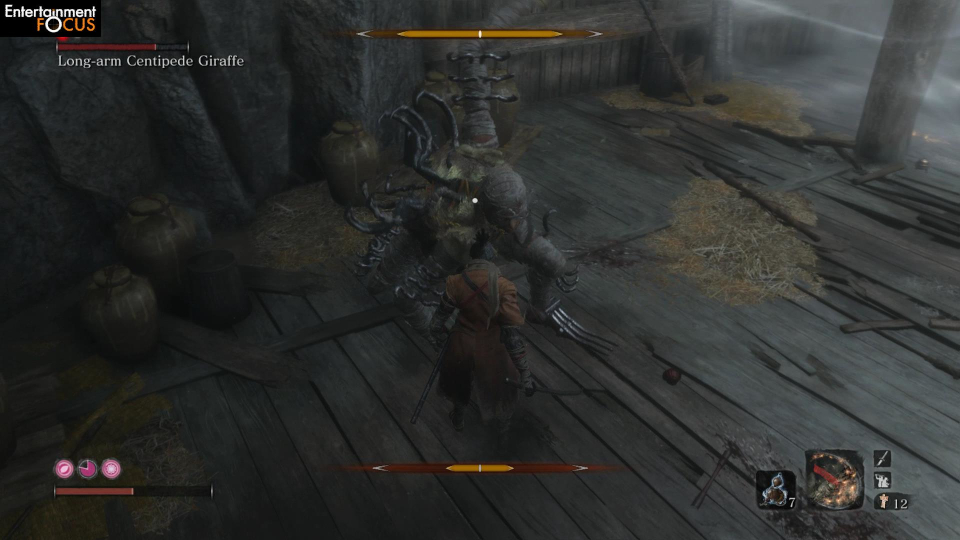 First off this boss should win an award for having one of the best names in video gaming history, I mean who thought of Long Arm Centipede Giraffe?! Genius.

You encounter this fellow whilst heading to the Gun Fort area in Sekiro: Shadows Die Twice. Thankfully there is an idol really close to him making him one of the less frustrating bosses to fight should you find yourself getting killed.

When you first encounter him he can be pretty intimidating as he’s fast and aggressive. His attacks, at first, seem overwhelming and I won’t lie and say that I took him out first try. When you break this fight down though it’s definitely one of the easiest fights I’ve come across so far although you do need to hold your nerve to parry his relentless assault.

The key here is to parry every blow of his onslaught, this might seem tricky but with some practice you will get the timings down.  After his flurry of attacks he tends to step back to wind up his sweep attack which you will need to evade. As you are doing all of this parrying, his posture bar fills really quickly whilst yours doesn’t get affected that much. Once his bar is full it’s time for your deathblow. You can also use the Firecracker prosthetic to stun him to buy yourself a little time should you need it but make sure your timing is perfect with it.

You can view the fight in action below: