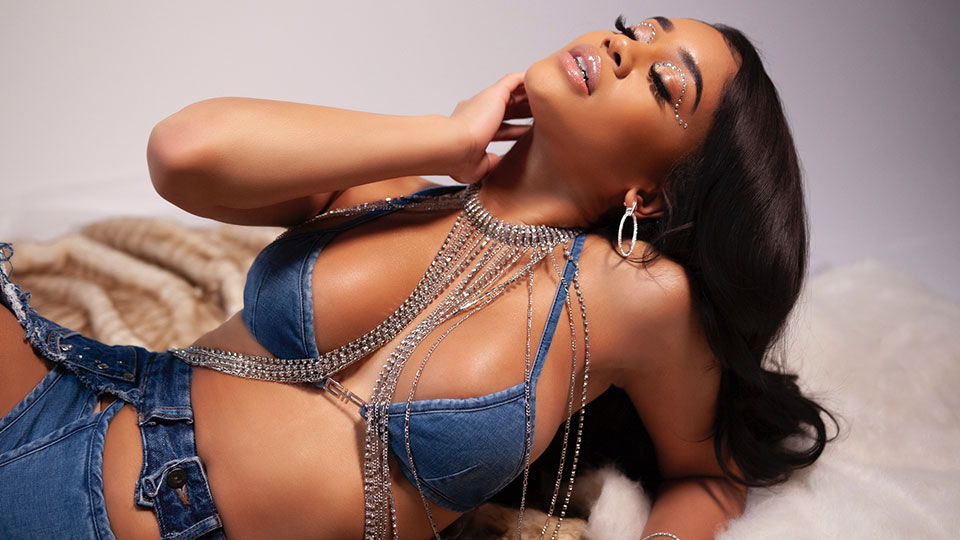 Taken from her EP ICY, which is available now, the track features a video directed by Christian Sesma. Watch the video below:

“Emotional shows more of a vulnerable side of me compared to braggadocios tracks like ICY GIRL and Pissed,” she states. “It’s been a year since my last project, so I’m excited for my supporters to witness my growth. Music is special because it creates a nostalgic moment in time, and I’m ready to create that next season with my listeners.”

Manager and Executive Producer Max Gousse also added, “Saweetie really took her time on this EP and was hands-on in every way from song selection to the mixes to the music video concepts. Her growth as an artist and a businesswoman has been amazing. Her fans are in for a real treat.”

The ICY EP features production by multi-Platinum producers Hit-Boy, Murda Beatz and London On Da Track in addition to Nova Wav and Cronkite.

Saweetie recently launched her own ICY jewellery collection in addition to gracing the covers of Paper, MOD and Wonderland. The ICY GRL single has had over 200 million streams worldwide.

On July 6th the rapper will play Wireless. Her North American dates include all three Rolling Loud festivals, Cardi B’s headline tour and her very own Las Vegas residency.

Advertisement. Scroll to continue reading.
In this article:Saweetie