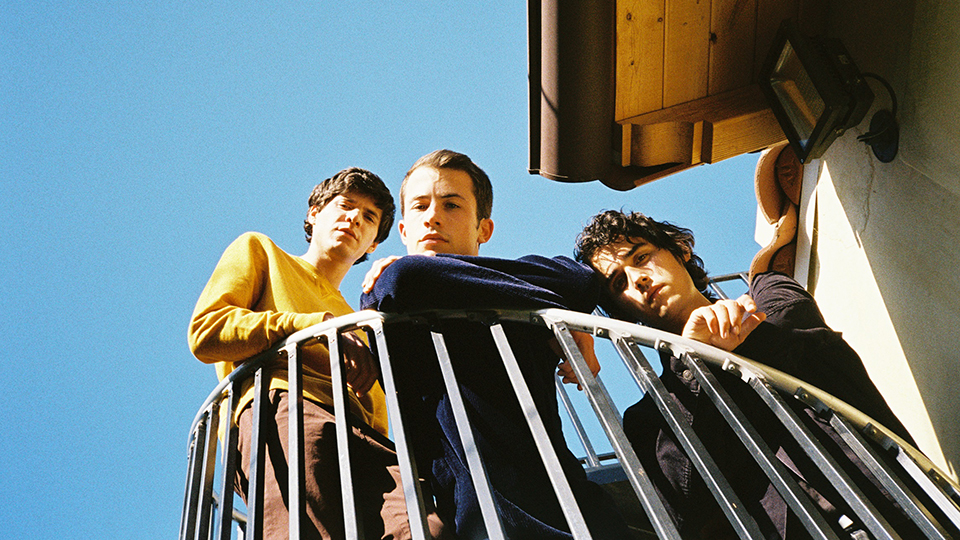 American indie band Wallows formed in 2017 and they released their debut EP Spring in 2018. Consisting of actors Dylan Minette (13 Reasons Why) and Braeden Lemasters (Men of a Certain Age), and drummer Cole Preston, the band has picking quietly picking up buzz since the release of their first single Pleaser. Almost a year on from the release of the Spring EP, Wallows have unveiled their debut full-length album Nothing Happens.

Nothing Happens features 11 tracks written solely by the band, which were produced by John Congleton. Lead single Are You Bored Yet? (featuring Clairo) is a good indicator for what to expect from the record. The track is in the vein of 80s new wave and alt-rock bands and reminiscent of The Psychedelic Furs. It’s a vibe that runs through the entire record, with a bit of the 90s in the mix for good measure.

The set opens with the urgent beat-driven Only Friend, which mixes dreamy vocals with shimmering guitars. It’s a strong start to the record and it demands you to turn up the volume and properly immerse yourself in the music. Sonically it takes me back to the post-Brit-pop sounds of bands like Ash and Feeder, although the band’s young ages suggest they may never have even heard of those acts.

As you get into the record, it becomes clear that there’s a lot of talent here. I’m sure some will dismiss the band as a vanity project for Minette off the back of his breakout Netfix series 13 Reasons Why but there’s much more to the music here. The fact the band wrote it all themselves, should be impressive enough. Where I think Wallows excel is when they take tracks in an unexpected sonic direction such as on Treacherous Doctor. The bop-friendly track takes a left turn in the middle for a seriously superb instrumental before returning back to the melody. It’s pretty bold and it works.

Recent release Scrawny shows the band’s teeth a little more with jangly guitars and staccato verses. It’s a song that’s made for indie radio and I can imagine it soundtracking a teen movie on Netflix. Similarly Sidelines, a more downtempo moment, makes you want to crack open a beer in the sunshine and give in to the melody.

Elsewhere on the record Worlds Apart sounds oddly like Blur circa The Great Escape, What You Like is a moment of pure electronic joy, and Remember When has a strong melody that stays with you long after the song finishes. The standout moment for me comes on Ice Cold Pool, which is musically uplifting and damn catchy.

The album comes to a close with the hazy Do Not Wait, which is the first real gear shift of the record. Minimal instrumentation gives the song a dream-like quality that builds in urgency before delivering a thumping and euphoric second half.

There will be some people who will sneer at this record, purely for the fact of who the band members are. Those people would be idiots. Nothing Happens is a surprisingly accomplished and polished body of work that will resonate with the band’s audience. With so many nods to music past, particularly the 80s, the album could well find a secondary audience with those of us who grew up around that time. Nothing Happens is an exciting start for Wallows and if they keep us this quality, they may well find themselves emerging as one of the most exciting indie bands to come out of the US for quite some time.

Advertisement. Scroll to continue reading.
In this article:Dylan Minette, Wallows