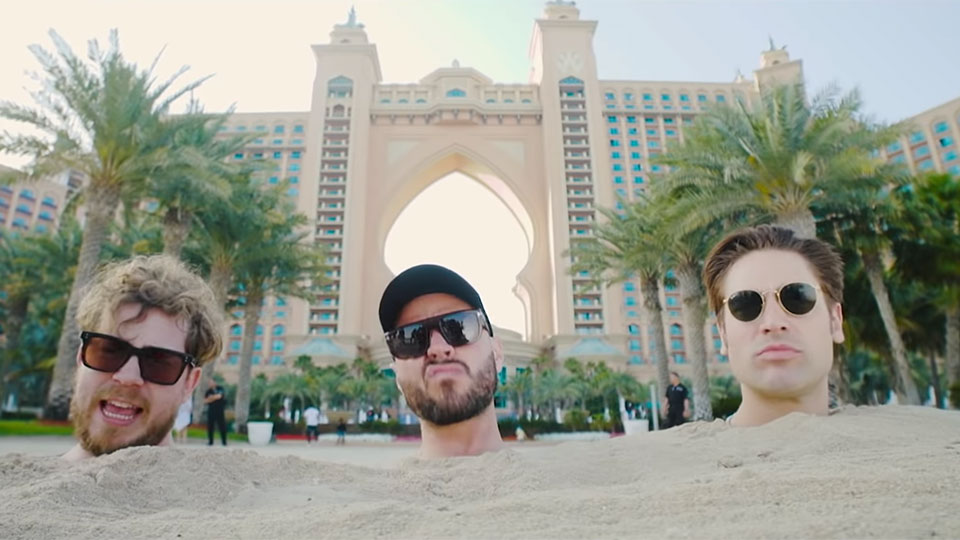 Busted have released the music video for their track Shipwrecked in Atlantis.

The video is directed by Josh Partridge (5 Seconds of Summer, All Time Low) and it was shot in Dubai. Watch it below:

In the video the Busted boys cut loose as they enjoy the sun and sea of Dubai – with some rockin’ out thrown in too. The high-energy visual complements the track’s pop-punk melody.

Shipwrecked In Atlantis features on Busted’s latest album Half Way There, which entered the UK charts at number 2. The video for the track comes as the band complete their headline tour tonight in London.