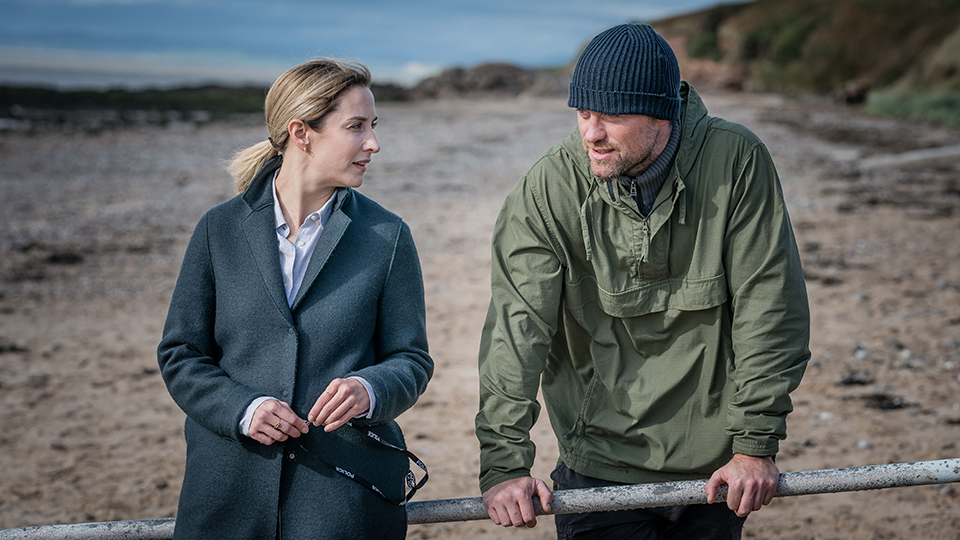 The first episode of new ITV drama The Bay delivered a shocking end and we can’t wait to see what happens next.

If you want to avoid all spoilers for The Bay, we suggest you stop reading this article now.

DS Lisa Armstrong (Morven Christie) saw her life get incredibly complicated within minutes of the first episode of The Bay starting. After having a seemingly meaningless hook-up with handsome stranger Sean (Jonas Armstrong) during a night out, Lisa was horrified to discover that he was married and the step-father to twins that had gone missing over night.

Trying to stay professional, Lisa was assigned as the family liaison officer for Sean and his wife Jess (Chanel Cresswell). Talk about awkward! Over the course of the episode Lisa tried to keep her tracks covered but when she realised there was about 50 minutes of time she couldn’t account for in terms of Sean’s whereabouts, she started to panic.

With her boss Tony (Daniel Ryan) breathing down her neck and desperate for no one to find out she’d slept with Sean, Lisa got her hands on the footage from the local pubs and erased the bits with her on them.

It was also established in the episode that Lisa’s daughter Abbie (Imogen King) was troubled and she got suspended after getting into a fight with a classmate.

At the episode’s end the body of Dylan (Noah Valentine), one of the missing twins, was found on the beach and Lisa was forced to arrest Sean as the main suspect in the case.

The synopsis for The Bay episode 2 is:

With the Meredith family reeling from Dylan’s death and Sean’s arrest, Lisa is charged with finding his alibi and makes a game-changing discovery. Suspicions are raised about another Morecambe resident’s involvement with the twins and the police rush to find them. Abbie grows closer to newcomer Vincent, whilst Rob agrees to take on a risky dare. Frustrated by the police investigation, Sean takes matters into his own hands.

The Bay continues at 9pm Wednesday on ITV. Preview it with our gallery below: