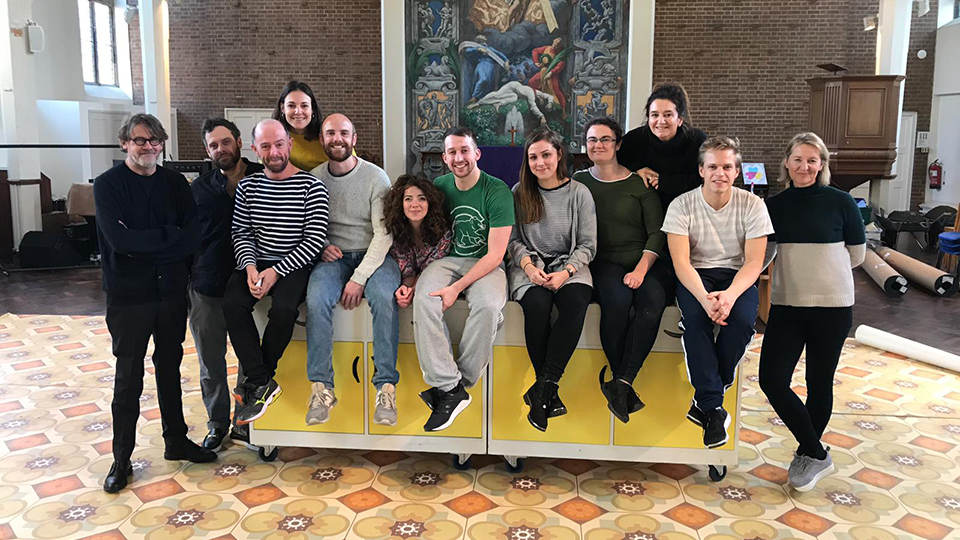 Writer Henry Filloux-Bennett wins the 2019 CAMEO Award for best Book to Stage Adaptation of Nigel Slater’s Toast at a ceremony marking the start of London Book and Film Week.

Following its world premiere at The Lowry, Salford, in May and a sold-out run at as part of Traverse Festival 2018 at the Edinburgh Festival Fringe, casting has been announced for the critically acclaimed stage adaption of Nigel Slater’s best-selling memoirs Toast as the show prepares to make its London transfer. Toast opens at The Other Palace on 4th April 2019, with Giles Cooper cast in the role of Nigel Slater.

Giles Cooper’s performances at the National Theatre include This House, People and After The Dance, and at Shakespeare’s Globe Henry V and The Duchess of Malfi. Roles in hit British films include Pride and The Lady in The Van.

Nigel Slater said: “With casting now complete it’s an extremely exciting time as the words on the page start to come to life. To have your life story portrayed through film was incredible but there was always that thing with film that no matter how beautifully something’s shot, it isn’t quite real. And this production will be. That, for me, is very, very exciting.”

Giles Cooper, who takes on the role of Nigel added: “I can’t remember the last time I encountered a kitchen without a well-thumbed Nigel Slater book on the shelf. Can you? The man is a culinary icon. But it’s the telling of his own unexpected tale, both in and out of the kitchen, where his recipes and flavours come alive. Getting the chance to play Nigel is an extraordinary opportunity that I can’t wait to sink my teeth into.”

Based on the British Book Awards Biography of the Year, Toast is a new play based on Nigel Slater’s award-winning autobiography. Vividly recreating suburban England in the 1960s, Nigel’s childhood is told through the tastes and smells he grew up with – to reflect this, audiences will be offered samples of the dishes and tastes central to his story during the show.

Final casting is confirmed as writer Henry Filloux-Bennett received the award for Best Screen to Stage adaptation at the CAMEO (Creativity Across Media: Entertainment and Originality) Awards at White City House. The London Book and Screen Week Awards celebrate outstanding adaptations in the fields of Book to Audio, Film, TV and Stage.

From making the perfect sherry trifle, waging war over cakes through to the playground politics of sweets and the rigid rules of restaurant dining, this is a moving and evocative tale of love, loss and…toast.

Toast is written by Henry Filloux-Bennett and directed by Jonnie Riordan.

Purchase tickets at TheOtherPalace.co.uk and find out more details about Nigel Slater’s work at www.nigelslaterstoast.co.uk.

In this article:Nigel Slater, The Other Theatre, Toast