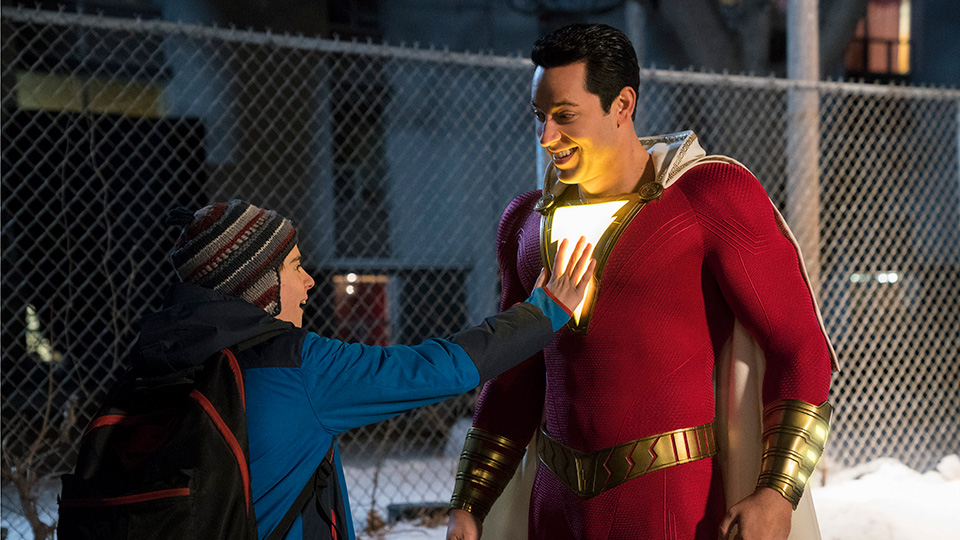 To celebrate the release of DC’s latest superhero movie Shazam!, a special pop-up funfair is opening up in London, and the best part is it’s free admission!

Shazam! stars Zachary Levi (who was the star of the awesome TV series Chuck, and the voice of Flynn Rider in Disney’s Tangled) alongside Brit legend Mark Strong. Along with director David F. Sandberg and producer Peter Safran, they will open the world’s first super-powered funfair in London’s South Bank next week.

Shazam! Super-powered Funfair will open to the public on 21st and 22nd March at Bernie Spain Gardens, South Bank, London, with free entry.

Inspired by the superpowers of DC Super Hero Shazam! and brought to life using magic and illusions, fans can test their powers of strength, courage, stamina, power, speed and wisdom to win prizes. Use of the magic word SHAZAM! will enable a one-time instant win too!

Shazam! will be released in UK cinemas on 5th April, but the unique funfair will only be open for 2 days so demand will be high. It will give members of the public the chance to become superheroes when taking on versions of classic funfair games and challenges.

Any budding superheroes will be able to take on challenges between 12pm and 8pm on Thursday 21st and 10am to 1.30pm on Friday 22nd, but only those deemed to have true potential will be bestowed with a Shazam!-style superpower to defy the fiendishly difficult challenges.

Each of the challenges will be centred around different skills embodied by Shazam, which form the acronym of his name: the Wisdom of Solomon, the Strength of Hercules, the Stamina of Atlas, the Power of Zeus, the Courage of Achilles and the Speed of Mercury.

Brought to life with illusions and trickery from a team that have worked with some of the biggest global names in magic, fans will discover superpowers they never knew they had, mirroring the adventures of Billy Batson in Shazam! From facing a Wheel of Courage to a weightlifting Stamina test and channelling the Wisdom to predict the future, the funfair will find superpowers in everyone.

The Shazam! funfair will appear on London’s South Bank at Bernie Spain Gardens and will include traditional wooden game huts, a helter skelter, voice-activated photo booth and a prize redemption hut, with a prize guaranteed for all visitors. The eye-catching attraction will be based on ‘Chilladelphia’, a carnival featured in the new film.

Check out a TV spot from Shazam! below;