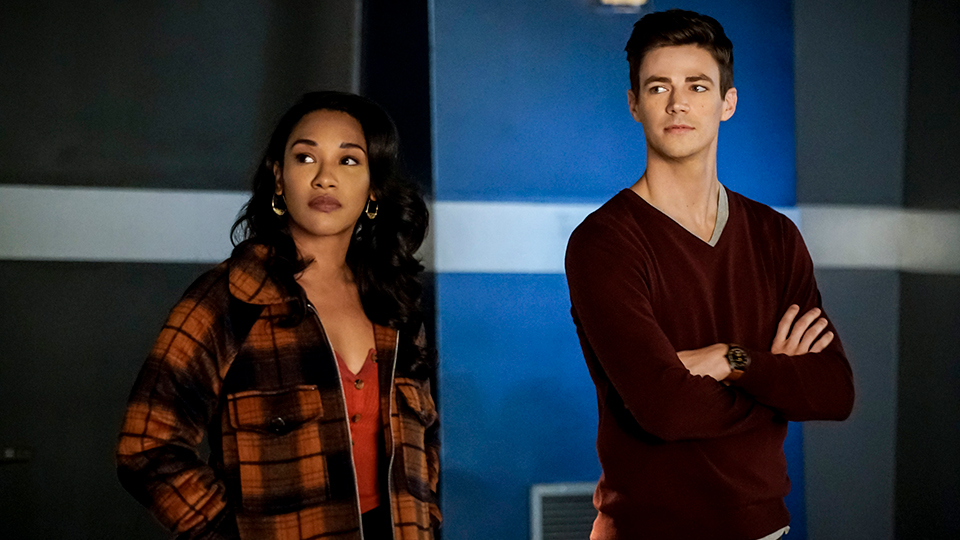 Things got personal for Barry (Grant Gustin) on the latest episode of The Flash after Nora (Jessica Parker Kennedy) was hurt by Cicada (Chris Klein).

Cicada managed to get his hands on an arrest list of metahumans from someone at CCPD. He used that to track them down and kill them. Team Flash tried to stop him and Nora ended up paralysed, which slowed down her speed heeling and left her bed-ridden.

Cecile (Danielle Nicolet) and Ralph (Hartley Sawyer) tracked down the CCPD informant while the team tried to locate the metahumans and get them to safety. As Barry was preparing to take them all away in a helicopter, Cicada located them but Barry and Killer Frost (Danielle Panabaker) managed to distract him so the metahumans could escape.

Barry almost killed Cicada but Nora stopped him and he got away once again.

Elsewhere Sherloque (Tom Cavanagh) continued to investigate Nora and discovered that she had been secretly working with someone. Also Barry realised the key to getting Cicada to stop was to wake up his niece.

The next episode of the season is Memorabilia. Sherloque wants to use a memory machine on Barry and Nora to help gain access to Grace’s memories; Ralph tricks Cisco into going out for a night out on the town.

The Flash continues at 8pm tonight on Sky One HD. Preview it with our gallery below: