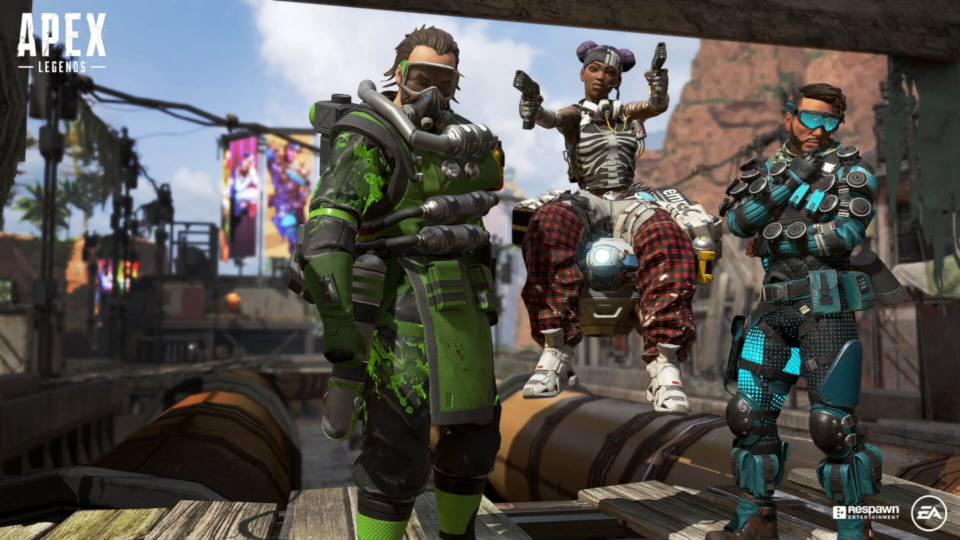 Rumours abound around Apex Legends and the potential promise of NPCs and hoverbikes are definitely the most exciting among them. Twitter user @RealApexLeaks frequently shares new information regarding what they have found buried within the game’s code. Now, just because something has been spotted in a game’s code it doesn’t mean that these changes will be happening soon, if at all. Despite that, the prospects are pretty exciting.

The Apex Legends NPCs can reportedly belong to fire teams, so whatever form they may take in the game I wouldn’t expect them to wandering around on their own. If we are ever tasked with taking them down I would expect a fierce firefight.

LEAK: More info on the Previously leaked NPCs. I'll just tweet the pictures in parts. You can add comments if you want me to explain.

References have also been found to Goliath, Flyer, Spider, Prowler, Soldier, Spectre, Stalker, Pilot and Pilot Elite NPC types. If this comes to fruition it looks like we can expect a good variety of NPCs to interact with.

Regarding the hoverbikes, the term Rodeo has been found. In Titanfall to ‘Rodeo’ was to stand on top of your Titan rather than sit in it so could the term be used for riding something else? I would have thought that Respawn would have used a new name but you never know!

Whether or not any of the above actually sees the light of day there is still plenty to be excited about when it comes to Apex Legends with the release of the Apex Legends Battle Pass coming soon.