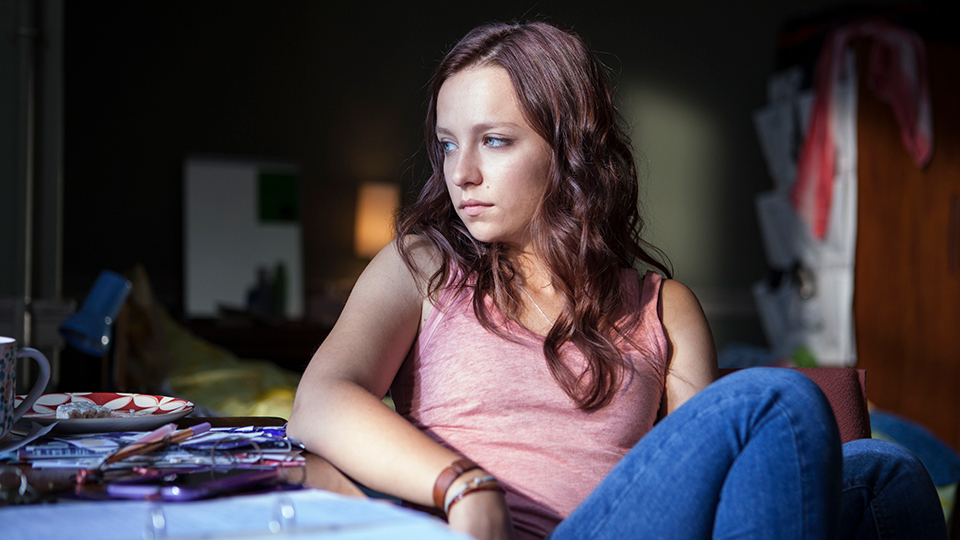 Rose (Molly Windsor) and Leah (Katherine Kelly) tried to outsmart each other on the second episode of Cheat.

If you don’t want any spoilers for Cheat, stop reading this article now.

As Leah tried to find proof that Rose was messing with her life, Rose set her sights on Adam (Tom Goodman-Hill). She used her manipulative ways to get Adam on side and make it look like Leah was being paranoid.

Rose continued to torment Leah about the death of cat Betsy and then she stole her engagement ring from her locker. She orchestrated a public confrontation at a university event to make Leah look bad, which worked, and then grew closer to Adam after convincing him to join her at the pub for an open mic night.

Adam fell for Rose’s charms and was tricked into sexting with her while drunk, something Rose used against him the next day by sending the saucy picture to Leah as she walked into her review meeting at the university.

As Leah deals with the fallout of Adam’s betrayal, some unexpected news further complicates matters. A distraction comes in the form of Michael and Angela’s anniversary party, but as Rose’s behaviour becomes progressively more volatile, the truth is finally exposed over the course of one explosive evening, with devastating consequences.

Cheat continues at 9pm tomorrow on ITV. Preview it in our gallery below: