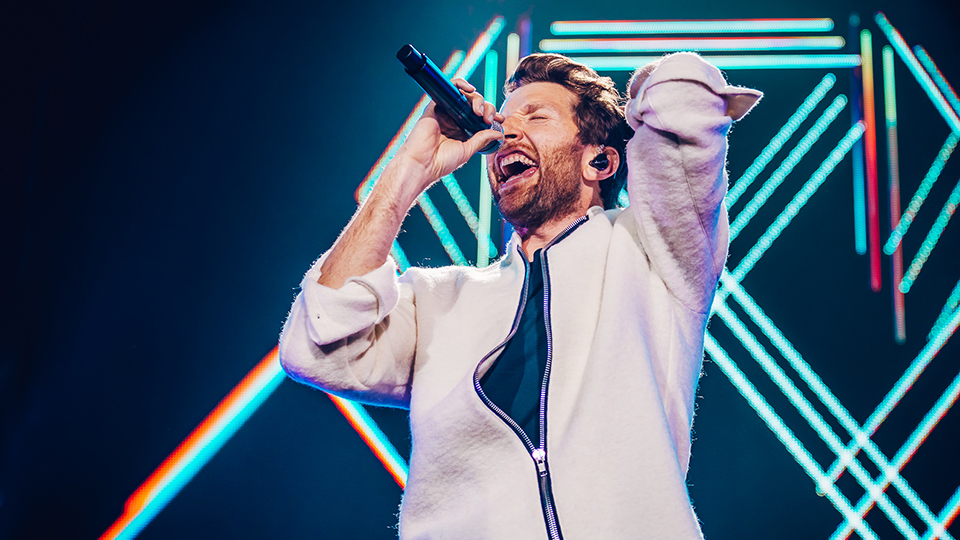 C2C: Country to Country 2019 was the strongest year of the festival yet with the quality of the artists across the whole weekend outstanding.

Within The O2 Arena itself, C2C goers were spoiled for choice with performances on the Main Stage and Spotlight Stage from 21 acts across three days. When it came to thinking about our Top 10 arena performances, it was a pretty difficult choice to be honest.

There were a couple of performances we weren’t crazy about but for the most part the standard was so high, it caused a little bit of a conundrum. After much consideration, we’ve managed to rank our Top 10 performances.

One of the artists that wasn’t quite as well-known on the C2C line-up, Adam Hambrick performed across the festival over the weekend. He was one of 9 artists to perform on the Spotlight Stage but he was easily one of the best. Performing his single Rockin’ All Night, his version of Dan + Shay’s How Not To (which he co-wrote), and his recent track All You, All Night, All Summer, Hambrick showcased his unique style and distinctive voice.

Read our full review of Adam Hambrick on the Spotlight Stage

We’ve said it a few times now and we’ll say it again; Michael Ray should have been on the Main Stage. The Spotlight Stage could barely contain his energy, charisma or talent. The best of the Spotlight Stage performers, Ray has the potential to become as big a star in the UK as he is in the US so we hope he capitalises on that and gets back here asap!

Read our full review of Michael Ray on the Spotlight Stage

We’ve been looking forward to seeing Carly Pearce live for quite a while now and she didn’t disappoint. She was feistier than we expected and her live vocals were gritty and looser than on record. Pearce brought the tunes, plenty of stage presence and fantastic live vocals.

Read our full review of Carly Pearce on the Main Stage

Honestly we were a little on the fence about Dustin Lynch when he was first announced as part of the C2C line-up. After seeing him live, we can safely say he’s one of the best live performers in the genre. With boundless energy, that cheeky smile and plenty of surprises up his sleeve, Lynch was one of the breakout stars of C2C 2019.

Read our full review of Dustin Lynch on the Main Stage

The UK’s love affair with Cam is well-documented but we were still a little apprehensive about her set. Not because we didn’t think she deserved Main Stage (she absolutely did) and not because we doubted her ability as a live performer (we didn’t), mostly because her second album still hasn’t arrived. We needn’t have been worried as Cam did the hits, some album tracks, new material and some great covers, and those vocals were flawless.

Read our full review of Cam on the Main Stage

It had been just over 3 years since Brett Eldredge was last in the UK and he was one of the artists we were most looking forward to. A magnetic presence, Eldredge could sing the phone book and we’d buy tickets to go watch him. The set list was perfect, an acoustic rendition of Raymond was way more emotional than we expected (we’re not crying, you are) and his energy was impressive.

Read our full review of Brett Eldredge on the Main Stage

Keith Urban at number 4 you might be saying in disbelief? We’ve not put him in this position for any reason other than the standard was so unbelievably high this year. Also we saw him at the O2 Forum Kentish Town where he played a longer set and that felt just that bit more special. Regardless Urban made a lot of people very happy with his headline set and his career-spanning set list, plus those guitar skills are insane!

Read our full review of Keith Urban on the Main Stage

She was the breakout star of C2C 2018 and she was one of the most-talked about following her Main Stage performance at the weekend. Ashley McBryde is a rare and special kind of talent. She did her first band set in the UK on the C2C stage and her banter was fantastic, as were her vocals. We love her. She loves us. It’s all one big love in and she’s back in September!

Read our full review of Ashley McBryde on the Main Stage

No one is more surprised that we are that Lady Antebellum ranked at number two. We know that Lady Antebellum are incredible live but what we were’t expecting was the renewed energy the group showed on stage. They’re one of the bands that tour here a lot and they’ve not released anything new since their last visit in 2017, but they still blew our socks off. The new material sounds incredible too!

Read our full review of Lady Antebellum on the Main Stage

One song into his set, Chris Stapleton won C2C 2019. We’ve been waiting for him to come back since he blew us away in 2016 and the wait was most definitely worth it. With no stage production and just two band members and his wife Morgane on stage with him, Stapleton showed us his raw talent. We laughed, we cried and we partied hard. It was the best headline set C2C has ever seen!

Read our full review of Chris Stapleton on the Main Stage