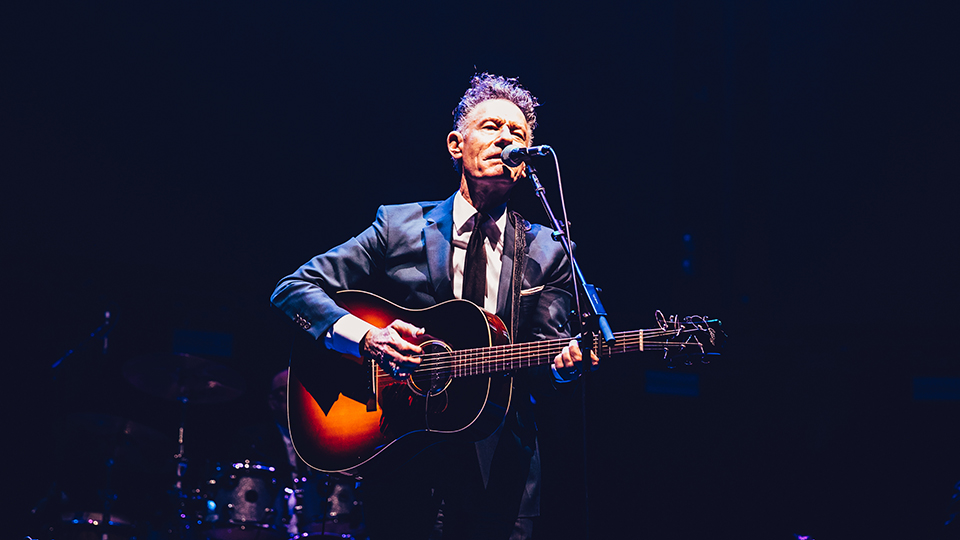 The ‘Legends slot’, as it’s become known, on the Sunday evening at C2C: Country to Country is notoriously difficult. Despite always being filled by a musical legend, it doesn’t always hit the right mark with the audience. Last year Emmylou Harris put on a great performance but it was far too low energy for the final day of the festival. This year it was Lyle Lovett that performed in the slot so how did he fare?

I found this one a difficult to review. Lovett and his band are clearly incredibly difficult but was the set really Country? That’s up for debate as Lovett has clearly drawn from a wide range of influences and musical styles. Evident from the beginning, Lovett wasn’t going to deliver a stereotypical set. It began with an instrumental from the band before Lovett appeared and sang Cute as a Bug. Next up was the bonkers titled Pants is Overrated and the audience seemed to be a little mute.

Lovett jumped from blues to rock’n’roll to gospel and pretty much everything in between. I felt he came into his stride in the quieter moments of the set such as the gorgeous one-two punch of North Dakota and Twelfth of June. I was less keen on the part spoken word existential exploration Here I Am, which was just a little bit odd.

Elsewhere in the set Lovett’s backing singer Francine Reed sounded fantastic back-and-forthing with him on the bluesy What Do You Do and she shined on her solo moment Wild Women Don’t Have the Blues. Despite having a very different style of voice to Lovett, she complemented him well. It should also be noted that Lovett’s vocals were strong throughout too.

Had Lovett and his band headlined a Blues or Jazz festival, the set would have been a perfect fit. There’s no doubting Lovett’s talent or the musicianship of his band but the set felt a little jarring in between Ashley McBryde and Chris Stapleton. For the most part I did enjoy the performance, even though it wasn’t really my thing, and the final song, a cover of Towne Van Zandt’s White Freight Liner Blues, ended things on a very high note.