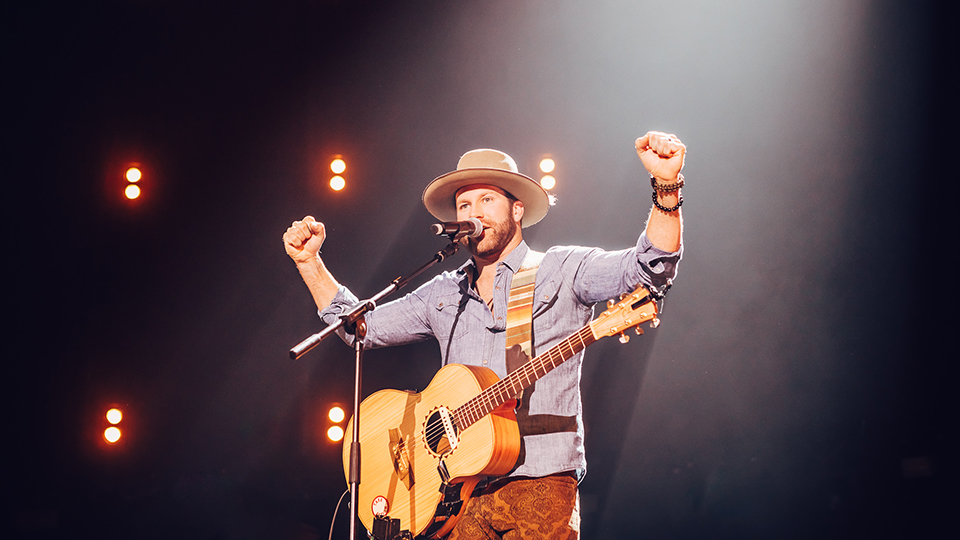 Drake White & the Big Fire first got the attention of UK Country fans when he performed on the Pop Up stages around C2C: Country to Country a few years ago. Since then White has been to the UK several times and he always draws a big crowd. This year he graduated to the C2C Main Stage where he opened the third and final day in London.

White opened his set with It Feels Good, kicking off a performance that focused mainly on songs from his album Spark. As always his vocals were gritty and strong, and he sang with plenty of passion. He followed that with Heartbeat, one of the best tracks from Spark. The audience knew the song and the singing began, lasting pretty much all of the set.

The dreamy Free was a relaxing affair in a large arena, perhaps a little too relaxing for a Sunday afternoon after two solid days of music. Things picked up again with Story before The Coast is Clear, a newer track, was performed and received well. White’s band The Big Fire sounded tight and they didn’t miss a single beat.

Makin’ Me Look Good Again, which has become a signature tune for White, was surprisingly not the encore. It was greeted with huge cheers and I maintain that it’s White’s finest vocal to date. He rips the words from his soul and he never fails to move the audience with his deliver.

The final two songs were Livin’ the Dream and a cover of the Queen classic Fat Bottomed Girls. The latter got the crowd on their feet and the singing reached the highest level it did all set. It was a strong end to a solid set and a good start to the final day of the festival.

Having seen White several times now, I felt like his performance today was a little more restrained that usual. That could be the strict timing of his set, which didn’t give him too much opportunity to interact with the crowd and get a little wild, like he normally does. Still it was an enjoyable set and White never fails to impress.