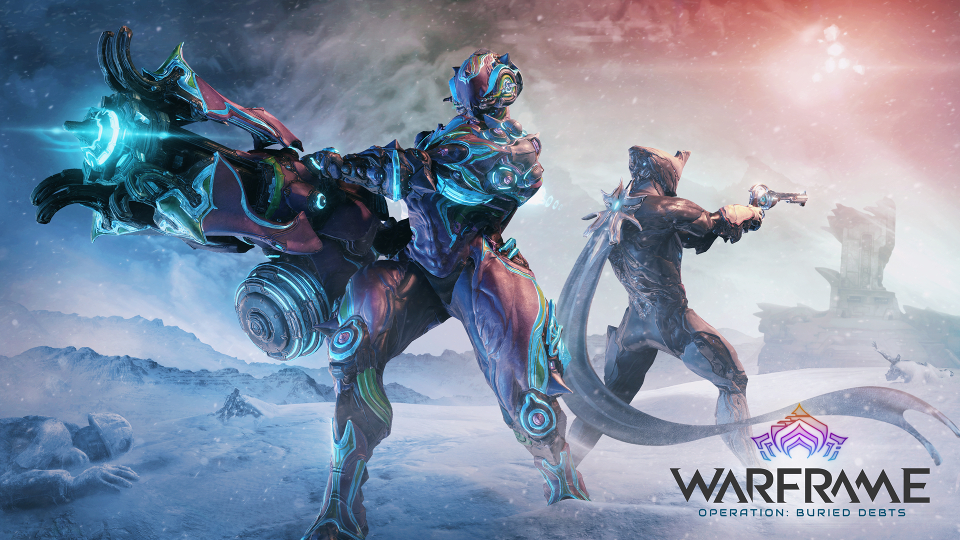 Digital Extremes have launched the second major update for Warframe: Fortuna. Set deep in the coldest regions of Fortuna’s Orb Vallis, this new update is called Operation: Buried Debts and is available now for PC players. Buried Debts challenges Tenno new and old to band together in this first, time-limited Community Event of 2019 to unlock hidden secrets and dark lore.

Operation: Buried Debts poses a disturbing new wrinkle to the evolving story of Fortuna’s debt-internment colony. Following the original expansion and the subsequent update, The Profit-Taker, Tenno are thrust into a new storyline that re-defines the cynical deal Nef Anyo holds over the Solaris United Faction.

Players hungry for a new warframe play-style and dynamic new visual aesthetic should enjoy Hildryn, the 39th Warframe. Unlike most Warframes, Hildryn draws from her Shields to fuel her Abilities, while Energy works to recharge them. Take her to the skies and rain down destruction with a powerful set of offensive and team-based tools! See more details below.

View some screenshots from the Operation: Buried Debts update in our gallery:

Other additions in this update include, competitive races to unlock parts to customise your K-Drive, Ephemera effects to customise Warframes, a two-handed Nikana Tatsu sword and curly hairstyles! The first phase of the anticipated melee changes has also been rolled out.

Check out the official Warframe website for all the latest information and to play the game.