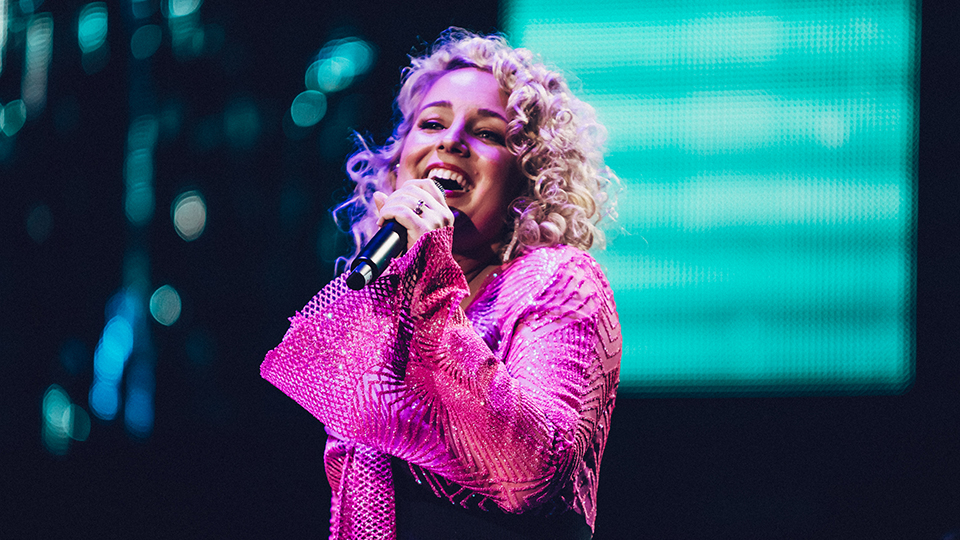 Cam has spent her time building a very passionate fanbase in the UK since the release of her Welcome to Cam Country EP release in 2015. She’s performed here several times over the past few years and last time she was here for C2C: Country to Country in 2017 she was one of the Spotlight Stage artists. Two years on and she’s graduated to the Main Stage, performing after Chase Rice. We’re eagerly waiting for new music, which has been held up by a label change in the US, and during her shows last year she did tease some new tracks.

I wasn’t sure what to expect from Cam tonight. She’s toured here a fair amount and with no new music out, I was a little worried that the show would be too similar to her other tours. I needn’t have worried because, as always, Cam brought her A game and plenty of surprises too. She started her set with Diane, which whipped the crowd into an immediate frenzy. From that point on Cam had us in the palm of her hand and the reaction she got from the crowd was phenomenal.

There were selections from Untamed such as a reworked version of Mayday and the pounding revenge anthem Runaway Train, but the first of the set’s standouts was new track Forgetting You When I’m Alone. I knew Cam was a fantastic vocalist but wow did she shine on that song. It was emotional, passionate and absolutely gorgeous. I’d be lying if I didn’t admit to having a tear in my eye.

Cam brought her trusty sofa on the stage for a homely rendition of My Mistake before delivering a flawless version of Palace, which she wrote with Sam Smith for his latest album. Next up was another new track, Till There’s Nothing Left, and again the vocals were flawless. I couldn’t believe my ears as Cam soared to great heights and the audience lapped up every single second.

Leaving the stage briefly, Cam returned to perform her final song Burning House. The arrangement was changed slightly and it filled the arena. The crowd sang along to every single word and Cam looked a bit emotional at the reception she was getting.

One of the first highlights of the festival, Cam gave an absolutely stunning set. She was flawless vocally throughout the set, her banter was engaging and she made us all fall in love with her just a little bit more (which I didn’t think was possible). The sneak peeks of new music were a treat and Cam could well be one of the best performers at this year’s C2C.

Advertisement. Scroll to continue reading.
In this article:C2C, C2C 2019, Cam