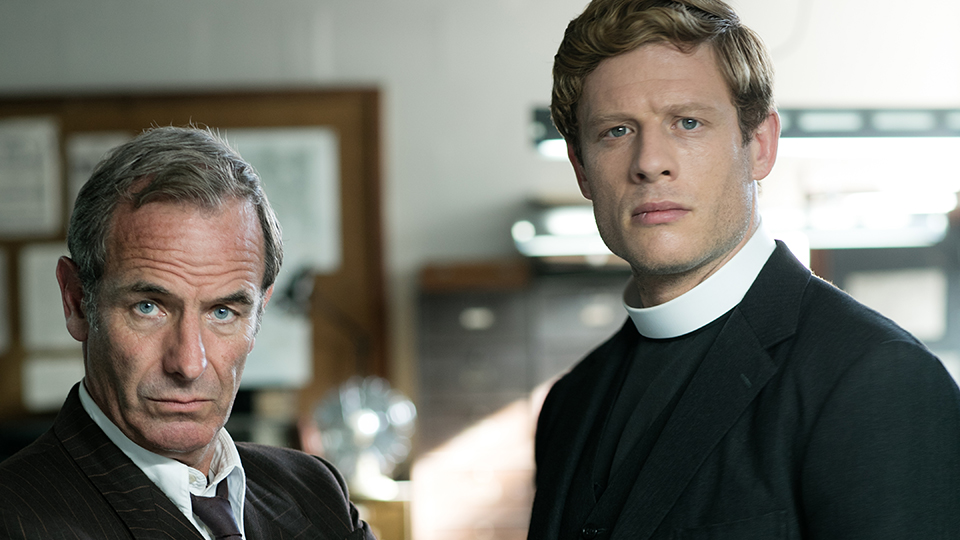 The crime-fighting vicar returns, but there are set to be plenty of changes!

Adapted from the Grantchester Mysteries novels, this fourth series features James Norton’s final episodes as character Sidney Chambers, the charismatic, jazz-loving clergyman, and one half of the unlikely crime-fighting duo based in 1950’s Grantchester.

It’s 1956 in Grantchester and change is truly in the air. It’s the era of Elvis and rock ‘n’ roll, with Teddy Boys on the streets of Cambridge. There’s change at the vicarage too, as the Reverend Sidney Chamber’s time there draws to a close.

It’s all a bit startling for his housekeeper Mrs C and curate Leonard – and DI Geordie Keating now faces a changing world without his best friend and investigative partner beside him.

But soon there’s the new Vicar of Grantchester, Will Davenport, stepping up to take Sidney’s place at the pulpit, and it’s not long before he’s drawn into murderous plots and crimes of passion that’ll stir his soul and unearth his own troubled past.

To celebrate the release, we’ve got 2 copies of Grantchester series 4 on DVD to give away. Enter below for a chance to win…