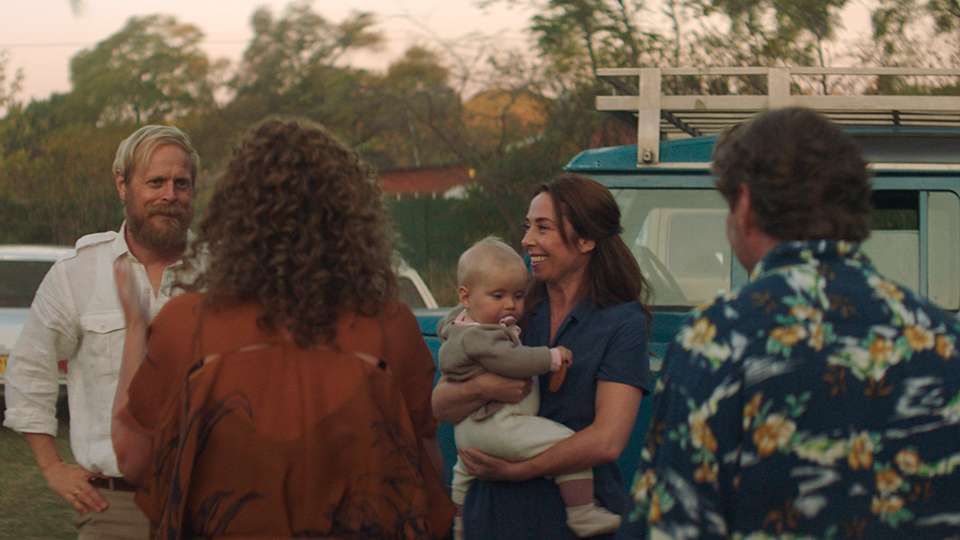 This is a radical departure for the usual crime-driven Walter Presents shows. Set in the 1980s in Tanzania, Sofie Gråbøl (The Killing, Fortitude) plays Kirsten, a Danish nurse who travels with her teenage son, Christian, and young baby to Tanzania to be with her husband, Niels (Carsten Bjørnlund). They team up with a mish-mash of Danes, Finns and Brits in a hedonistic expat community who enjoy a luxury life of servants, saunas and naked bathing – it’s all very colonial and bohemian and something the straight-laced Kirsten feels particularly uncomfortable with.

If you want to avoid all spoilers for Walter Presents: Liberty we suggest you stop reading now.

Niels is an aid worker who is trying to convince local farmers and cotton growers of the benefits of forming a co-operative to galvanise their businesses against bullying and intimidating buyers. They are suspicious at first, but Niels manages to persuade a couple of the most influential farmers of the sense of his proposal, and they agree to band together to form a united partnership. However, things go wrong when the buyers fight back, putting Niels’ business in jeopardy.

Meanwhile, Niels and Kirsten’s son, Christian, is signed up to a local boarding school. He’s befriended one of the local boys – Marcus – who works for a neighbouring family. But he soon realises that friendships between the white expat community and the local black community is something that is frowned upon. Coming from Denmark, where people of multiple ethnicities mix together quite happily, this is a culture shock to Christian, who is finding it hard to adjust.

Elsewhere we meet Jonas, a sawmill owner, and his wife Katrina (played by Connie Nielsen, who is probably the most recognisable face in the case, having been in such Hollywood blockbusters at Gladiator and Wonder Woman; and TV series like Law & Order SVU, The Good Wife and The Following). Jonas is a philanderer who is caught having sex with one of the young black servant girls in his car by his young daughter. He is soon ostracised when his wife discovers his infidelity; and his fate takes a further turn downwards when a visiting Swedish journalist writes a damning report on his sawmill and how the aid money is being mis-managed.

The final scene in episode one is a real heart-in-the-mouth moment, when fate conspires against one of the main characters, resulting in their life changing forever.

The series is based on a book by Jakob Ejersbo (also called “Liberty”) about his experiences as a Scandinavian growing up in an expat community in Africa. I’ve not read the book, but the show is a fascinating watch, beautifully shot – the African landscape looks quite stunning – and fabulously acted. Gråbøl in particular is, as always, hugely watchable. It’s a far cry from the usual Walter Presents type of programme, but this five-part Danmarks Radio (DR) production has been well-received and has all the top-drawer production values we’ve come to expect from Denmark’s national broadcaster.

Walter Presents: Liberty is available to watch on All 4 now.

In this article:Liberty, Walter Presents